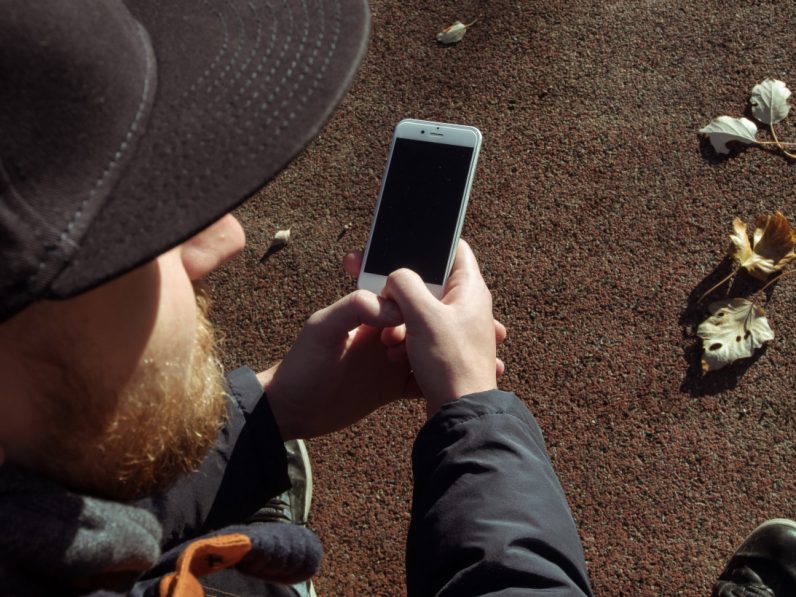 University is really bloody expensive. In the UK, squeezed students are paying more than ever for tuition after fees were tripled in 2010 by David Cameron’s government. But you could be forgiven for thinking some students haven’t really noticed.

They skip lectures and contact hours they’ve paid hundreds of pounds for. And when they do show up, they don’t spent the time looking at the lecturer, but rather their phones. They care more about Snapchat than seminars; more about Twitter than tutorials.

University students are adults. They can’t be told off or disciplined, but can they be bribed? That’s the idea behind one app, Hold, which has launched in the UK after a runaway success in Scandinavia.

The premise behind it is simple. Students install an app which monitors their phone’s activity. Every twenty minutes that passes without them instinctively looking at it, they get a point. And what do points make? Prizes. Get enough, and students can bag discounts and freebies from brands like Amazon, Vue, and Caffe Nero.

With cinema chain Vue, for example, students can get discounts on tickets. Earn enough points, and they can get free popcorn.

There’s also the option to donate points. Students using the app can exchange them for school books and stationary, which are then handed out by UNICEF to needy kids.

Hold makes money from deals with brands. Behind the gamified concentration angle, the app is essentially a marketing tool, allowing companies to directly vie for a chunk of the user’s student loan.

It’s an intriguing idea, and has a welcome philanthropic bent. But on a very fundamental level, isn’t its existence also kinda depressing? Have smartphones degraded our minds so much, we need to be rewarded for exercising a basic level of self-control? That’s the question I posed to Hold Founder, Maths Mathisen (no really, that’s his name).

“A quick news search on the topic of phone addiction shows you that it is a huge issue experienced across generations and society as a whole. What is bad, is that students today face so many digital distractions, predominantly from their mobile phones, and we aim to be the remedy to many of these problems – without having to physically take their phones out of their hands,” he said.

Mathisen added that students seem aware of this issue, and are willing to take steps to address it. “The fact that a quarter of students in Norway downloaded Hold in just three months following launch shows that young people are ready to make that change,” he said.

The idea of positive reinforcement to enact behavioral change is nothing new. A parent might offer a child an allowance in exchange for performing a task, like keeping their room clean and tidy.

While it’s a little disheartening to see adults treated in the same way, I also completely recognize that technology (and the existence of permanently-connected, vibrating, beeping devices in our pockets) have fundamentally impacted our brains. The notion of an attention span feels almost antiquated now.

I know because while writing that paragraph, I entered the woods of social media, checking Twitter and switching on a song from Hamilton on YouTube. It’s an issue that’s universal to everyone, and not just college students.

The makers of Hold have plans to bring the app to the workplace and other tiers of education, but in the meantime are limiting it to university students. But if you’re a UK university and you want to check it out, you can do so here. Hold is available on Android, iOS, and Windows Phone.

Read next: Bitcoin is one of the most traceable currencies, digital forensics expert says