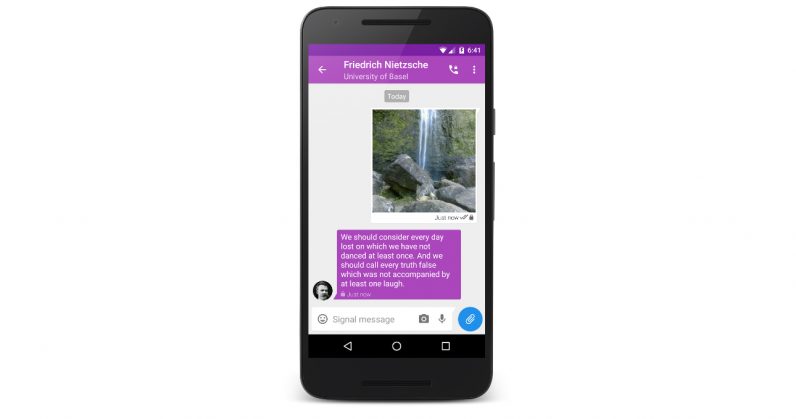 One of the first messaging services to offer end-to-end encryption for truly private conversations, Signal has largely been developed by a team that’s never grown larger than three full-time developers over the years it’s been around. Now, it’s getting a shot in the arm from the co-founder of a rival app.

Brian Acton, who built WhatsApp with Jan Koum into a $19 billion business and sold it to Facebook, is pouring $50 million into an initiative to support the ongoing development of Signal.

In a blog post, Signal’s Moxie Marlinspike explained that with Acton’s funding, the newly formed Signal Foundation will be able to grow the development team behind the app, as well as its vision. Acton echoed the sentiment, saying, “Our long-term vision is for the Signal Foundation to provide multiple offerings that align with our core mission.”

Marlinspike will take on the role of CEO at the Foundation, while Acton will serve as executive chairman. It’ll be interesting to see what they build together; after all, you don’t earn praise from whistleblower Edward Snowden without crafting a world-class secure service first.

Read next: Level puts a fitness tracker in your glasses, and it's not the worst idea ever