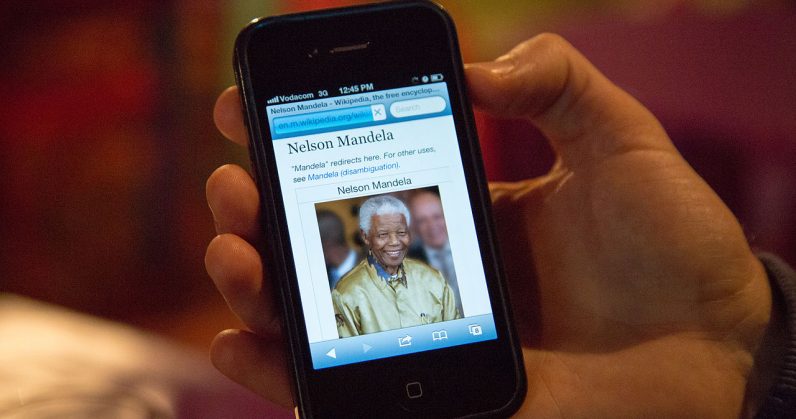 The Wikimedia Foundation has killed off Wikipedia Zero, an initiative to deliver the online encyclopedia at no charge to mobile users around with the world.

The zero-rated service was launched back in 2012 and saw the nonprofit partner with mobile carriers to waive the cost for accessing Wikipedia; it was available through 97 mobile operators in 72 countries, with a cumulative 800 million subscribers.

The organization said that it noticed “a significant drop off in adoption and interest in the program,” over the past two years, and cited low awareness about Wikipedia as one of the reasons why people weren’t using it. The other reason is actually a sign of change for the better: mobile data costs have been dropping in the past few years.

According to research by the Alliance for Affordable Internet coalition from last November, countries in Africa saw the greatest drop in data charges between 2015 and 2016 – though the price still remains the highest in the world when considered as a percentage of average income.

That’s still a good sign, and it’s likely that the emergence of newer technologies like 5G, as well as the proliferation of 4G, will drive these costs even lower in the coming years.

It’s also worth noting that Wikipedia’s service may not be scalable across the globe, as regulators in some ocuntries frown upon zero-rated services that subsidize the cost of access to subscribers, as it has the potential to grant companies an advantage over their competition.

While India’s Aircel carrier signed on to offer Wikipedia Zero to its 60 million subscribers back in 2013 without much of a fuss, Facebook found its Free Basics zero-rated service banned in the country following backlash from critics who were concerned about it becoming a gatekeeper that could control what information and services internet first-timers would be able to access.

The Wikimedia Foundation says it’s evaluating other ways of bringing Wikipedia to more people around the world, so we’ll have to wait and see how it attempts to achieve that after carriers’ contracts to deliver Wikipedia Zero expire through 2018.