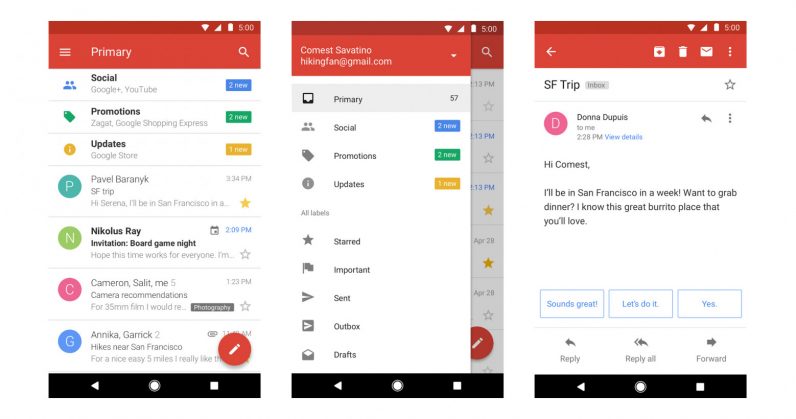 Google’s Gmail Go is now available in the Play store for Android devices, bringing most of the functionality of the original app, while shaving off half the file size.

It’s part of the company’s Go suite of apps, which are designed to work well on low-end phones with low memory and storage. That, in turn, is part of the Android Go program, which brings a streamlined version of the OS to said handsets.

According to Android Police, the lightweight Gmail Go is practically indistinguishable in terms of features and functionality from Gmail; the only major difference is that it’s available for Android Go from Google Play; however, if your device is running Android Oreo 8.1, you can sideload the app by installing it from APKMirror. You’ll find the installer to be roughly 10MB lighter than standard Gmail at 9.5 MB; when installed, it takes up 24.8 MB – about half of Gmail’s 47.28 MB.

That raises the question: why does the original Gmail app require more space? It’d be nice to see Google either make Gmail Go more widely available to older devices running low on storage, or bring over some of its optimizations into the original app so more people can benefit from having a little extra wiggle room – and perhaps even snappier performance on their phones.

Gmail Go is the latest app from the search giant to become available on Google Play; it just launched Assistant Go, and previously released a file manager, a search app, and one for Maps – though that’s really just a progressive web app.