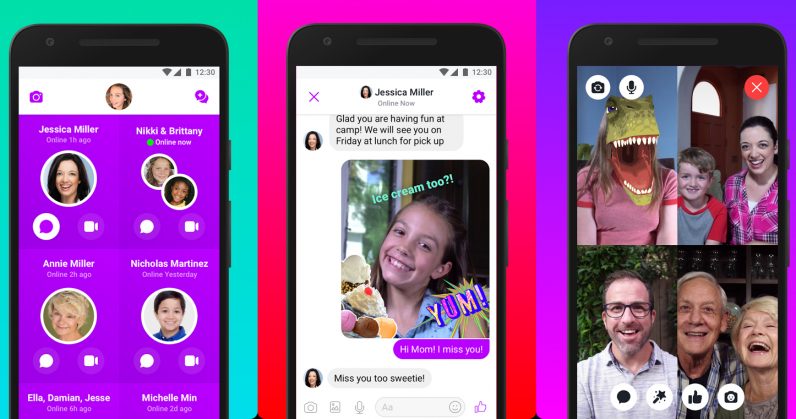 It’s like Messenger, except it comes with parent-friendly features like the ability to manage your child’s contact list, a registration process that’s independent of the social network, and persistent messages so you can keep an eye on conversations. There’s also group video chat, as well as a bunch of stickers, frames, and interactive masks to add some fun to your calls.

That sounds like a fun tool for getting the kids to ping grandma every once in a while, but you should know that Facebook funded the experts who vetted the app to certify it as safe to use for children as young as six.

Conflict of interest, anyone?

Moreover, Wired reported that the company also waited until the last minute to consult a couple of major nonprofits who look into technology developed for children; that resulted in a campaign consisting of child-health activists railing against the launch of the app.

Should you be worried? For what it’s worth, Messenger Kids seems to include enough parental controls for it to be safe for your children to use, with adequate oversight.

But with products aimed at young people, it’s now natural to expect that they’re properly screened for potential issues, like if it might contribute to children’s addiction to mobile devices or if it’ll draw them in too early into Facebook’s ecosystem – and even more so when it’s something built for online communication. Facebook can do better on that front, and its shady tactics in this instance don’t even seem entirely necessary for getting Messenger Kids out the gate.