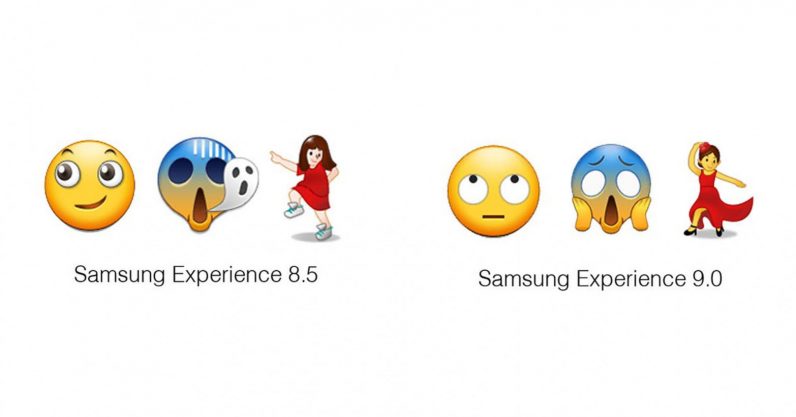 Samsung has made great strides to fix its custom Android UI over the past few years, going from the bloated and ugly TouchWiz to the less-bloated and sleek Samsung Experience. Unfortunately, its emoji have continued to be terrible, often expressing radically different emotions than those of other brands. Thankfully, Samsung is finally doing something about that as it rolls out Android Oreo to its suite of flagships.

As first reported by Emojipedia, the Oreo update includes Samsung Experience 9.0, which brings redesigned the redesigned emoji in addition to a host of new features. Although the overall aesthetic of the emoji hasn’t changed – I much prefer Google’s stock emoji – Samsung is trying to at least make its emoji convey the same emotions as everyone else.

One of the worst offenders was the rolling-eyes emoji. On previous Samsung phones, it looks all-around jolly, instead of the sarcastic (or mildly creepy) look on virtually every other device. As Jeremy Burge of Emojipedia once pointed out, if you try sending this message on a Samsung device…

…the person on the other end would see this…

The new emoji  looks a lot more like everyone else’s, so you’d probably know not to use it in the above scenario:

The update also includes the new characters introduced with the Emoji 5.0 standard back in May of 2017. It’ll be a while before Samsung catches up to the new 2018 list – which probably won’t show up until the second half of the year – but at least the older emoji actually make sense now.

Read next: Report: Android P to have 'dramatic redesign' and notch support, because iPhone X