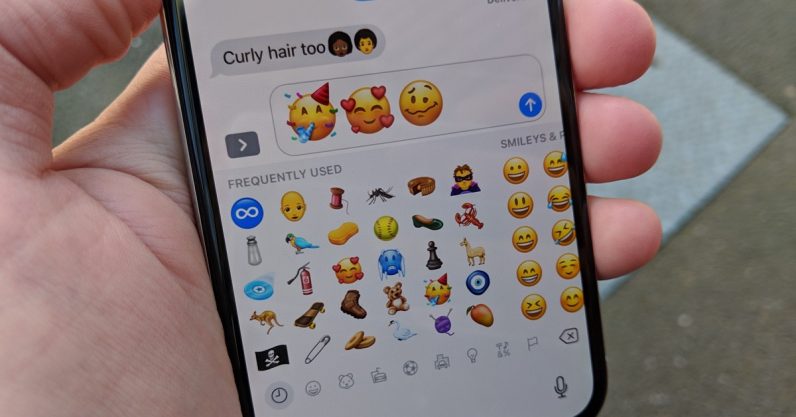 The 2018 Unicode emoji list has been finalized — meaning we’re getting over 100 new emoji to add to our already overcrowded lists.

According to Emojipedia, the 157 emoji expected to be included in update 11.0 include hot and cold faces, a kangaroo, curly hair, partying face (and its future self the woozy face), and (finally) redheads. Redheaded emoji have been rumored to be in the works for at least a year now. At the time, TNW reported 2018 was the earliest we’d see them. Now they’re on their way in all their orange glory.

Of the people emoji, the most detailed are the new superheroes and supervillains. They look virtually identical, except the supervillain’s clothes are darker, their hair is mussed, and their eyes are more sly.

The food emoji are somewhat disappointing, with a frosted cupcake and a moon cake being the only appetizing additions. There aren’t a bunch of new animal emoji, but there is a cute llama and a rather detailed peacock.

The most significant new influx comes in thing emoji. We get new hobbies, including knitting, lacrosse, frisbee, compass, and skateboard. We also get a chess piece, a puzzle piece, a detailed receipt (which, if you look closely, has a rather baffling entry for an iDingus for $160), and a toolbox.

The update is heavy on medical and scientific emoji. In addition to the white lab coat and goggles, there’s a microbe, petri dish, DNA, and a test tube with green liquid. I also didn’t realize anyone would ever need or want a multi-level abacus emoji, but we’re getting one. There are also tooth and bone emoji, which just make me want a whole series of skeleton emoji. Put it on my list for 2019.

According to the Unicode blog, the new emoji are expected to be available for users sometime in the second half of the year.

Read next: Study: 44% of Bitcoin transactions are for illegal activities