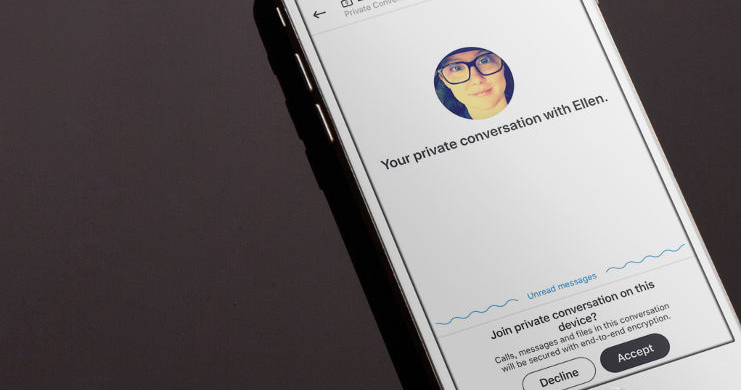 Microsoft has partnered with Signal, the secure messaging app that counts whistleblower Edward Snowden among its fans, to add end-to-encryption to Skype.

That means that all your chat, files and audio messages will be securely transmitted through the service, and they’ll only be readable to you and the recipient. No one will be able to easily intercept them as they pass through Microsoft’s servers and parse them – similar to how messages on Facebook Messenger, WhatsApp, and Telegram work.

However, bear in mind that this doesn’t yet cover your audio and video calls – those are only secured by the standard encryption that Microsoft already offers with this service.

The feature is currently available in the latest Skype Insider build for Mac, Windows, Linux, Android, and iOS, and both users will need to have that version in order to be able to message each other privately. And as The Verge notes, Microsoft would do well to enable this feature by default if it’s included in a public release of Skype, so it’s automatically turned on for more users than if they had to find the setting themselves.