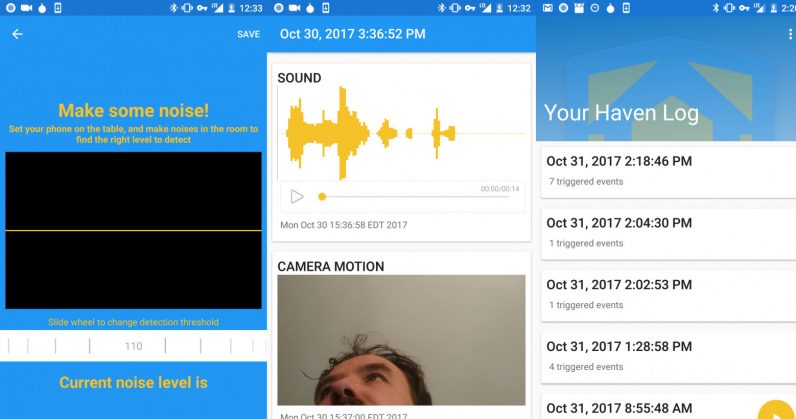 Even the best digital security practices are often undone by sloppy physical security. An unreadable 40 character password, after all, is only as secure as the office containing the Post-it note you wrote it on.

(Sidebar: please don’t do this. Use a password manager for god sakes, it’s almost 2018).

To help combat the threat the Freedom of the Press Foundation, led by our favorite spy-turned-advocate, Edward Snowden, launched Haven, an app for cheap Android burners that turns them into full-fledged home security devices.

Haven uses your phone’s built-in hardware — cameras, microphones, light sensors, and accelerometers — to monitor the room in your absence. It’ll capture photos and audio of anyone entering the room and send them to your primary device to alert you of the activity.

Haven even captures light disturbances — like a flashlight in a dark room — using the built-in technology that auto-adjusts screen brightness when lighting conditions change.

And while sending images and audio clips over the air to your mobile device might sound like bad OPSEC, Haven taps the secure messaging app Signal so that each byte of data is protected with end-to-end encryption.

If that’s not enough, you can configure the device to work with Orobot, which turns your phone into a TOR Onion Service — essentially a darknet server, although not as scary as that might sound.

You can view further documentation or download the app, in beta, here.

Read next: New Facebook tool reveals if your account was a cog in the Russian propaganda machine