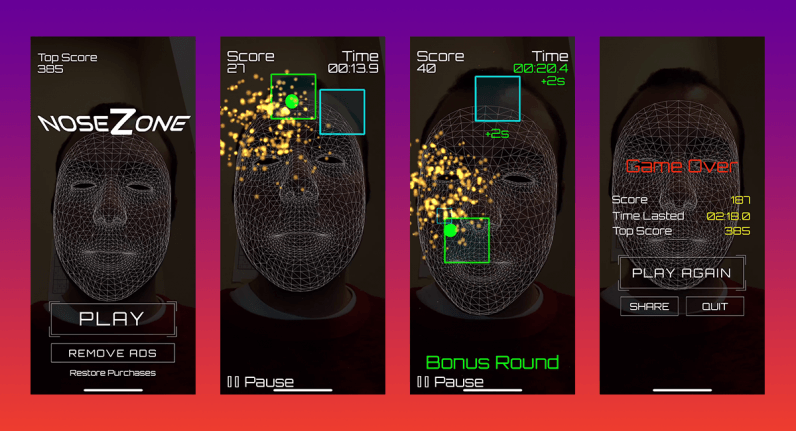 One of the iPhone X features Apple boasted about the most during its unveil in September was its new TrueDepth sensors. But aside from powering its fancy Face ID technology and its crappy Animoji gimmick, it has hardly been put to use – that is until now.

Leveraging the X’s TrueDepth sensors, development studio Hatchlings has crafted an amusing game that turns your face into a controller. That’s right, instead of using your fingers, NoseZone requires you to play with your face and hit targets by pointing your nose at them.

The rules of NoseZone are pretty simple. The game creates numerous target boxes that you then have to hit by pointing your nose at them. The more targets you manage to destroy by moving your face, the more difficult it gets.

While it might seem like an overkill, the game is pretty fun to play once you get used to it.

Hatchlings founder and CEO Brad Dwyer believes the new interactive capabilities engendered by the iPhone X’s depth sensors will open up a whole new field of possibilities for both game developers and players.

“The future will be touchless and games are just the beginning,” Dwyer told TNW over email. “Imagine a paralyzed person navigating and controlling an app UI with this same face-based input method. The possibilities are limitless.”

Now go download NoseZone from the App Store here and turn your nose into a controller.

Read next: PressCoin: The largest crowdfunding effort to address the news crisis