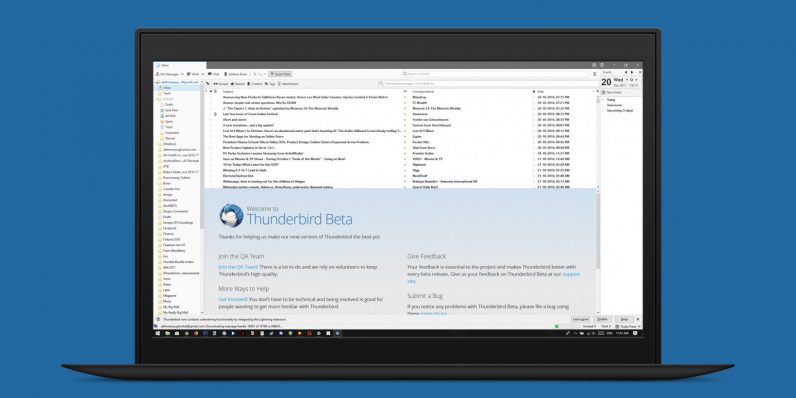 Fans of Mozilla’s Thunderbird desktop email client will be happy to know that the nonprofit hasn’t yet killed the app off. Instead, it’s giving it a new lease of life.

The organization noted that Thunderbird’s stable release, version 52, recently got a bunch of fixes and improvements. It also added four new staff members dedicated to the project over the past year, and recently launched pushed the second beta of version 58, which has a revamped visual design, better error handling, importing from Outlook, and improved performance. The bigger change that’s coming is the end of support for legacy add-ons.

To address that, Mozilla’s published a guide to help add-on devs understand how to get their tools to work with the latest beta. It also noted that it’s looking to hire people to “address some technical debt, fix some sore points in the software and transition the codebase from a mix of C++, JavaScript, XUL and XPCOM to be increasingly based on web technologies.”

That’s good news all around for the Thunderbird community, who are still partial to a desktop app for managing their inboxes and chat services. You can grab the latest beta on this page, and check out the release notes here.

Read next: How to build on your app user data for a foolproof marketing plan