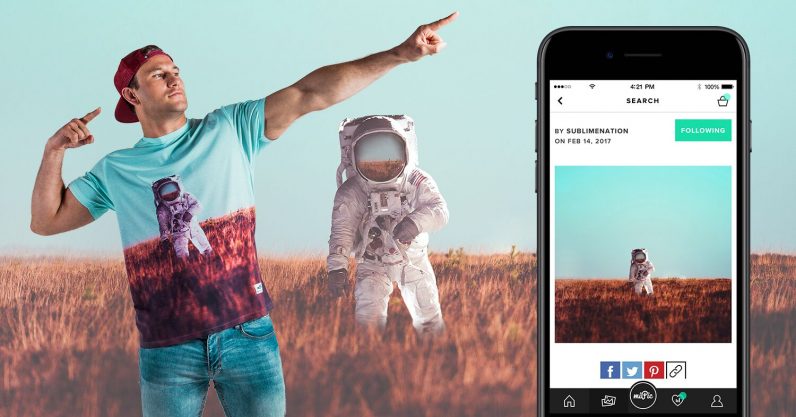 I’m crap at Christmas. My Achilles heel is finding gifts for people.

Some people are good at it. I am not. Typically, one week before Christmas, I’ll go on Amazon and buy a few bottles of bourbon and gin (whatever is cheap in a lightening deal), and dole them out like a booze-soaked Santa Claus. Thankfully, sites like MiPic exist to give people like me a helping hand.

In short, MiPic lets you use photos you’ve taken as the basis of a variety of products. You can upload photos either from your PC, or via the site’s iPhone app, and turn them into wallpaper, leggings, vests, flip-flops, and more.

All the goods are made in England. Although MiPic is a UK-based company, it ships internationally.

It’s worth pointing out that some items require you to upload high-resolution pictures. MiPic recommends pictures have a minimum height and width of 4000 pixels. If you plan to turn your snaps into wallpaper or towels, you’ll need to adhere to this format.

It’s also worth noting that some pictures don’t translate particularly well to certain items. I uploaded one of my headshots, and the results were nothing short of nightmarish.

Playing around with a service that lets you turn your photos into all sorts of things — pictures, towels, clothing, wallpaper, leggings. swimsuits.

Quickly figuring out that I should have probably tried literally any other photo than my headshots. pic.twitter.com/0y76MUO2RS

There’s another side of MiPic that we haven’t touched upon. The site lets you sell items using your own artwork and photos to other MiPic users.

In that respect, it’s almost like a self-publishing platform for designers; the Lulu or Amazon CreateSpace of garments and homewares. Creatives get between 12 and 20 percent of the proceeds, depending on the item, and they retain the rights to their artwork.

If you’re still hunting around for a gift this Christmas, you should be able to get some inspiration from MiPic. And if you’re a crack hand with the DSLR and want to make a bit of extra scratch, MiPic will let you sell your own creations. You can check it out here.