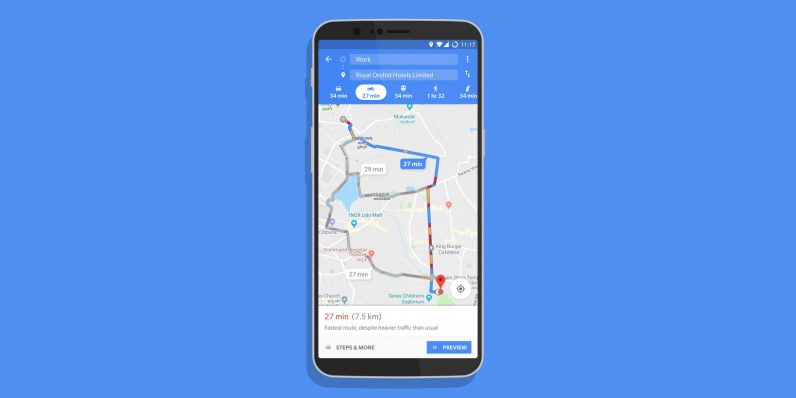 If you’re on a bicycle or motorcycle, it’s easier to maneuver through traffic than with a car – and now, Google Maps has finally caught on to the idea. The service now displays routes specifically tailored for two-wheelers when you look up destinations around you.

The new feature appears to be rolling out initially in India, and I got a chance to check it out here. You can access it by searching for a destination, and then tapping the motorcycle icon in the row of transport mode options.

The routes are generally faster (if not shorter), as they take into account shortcuts that are more easily accessible by two-wheeler, or offer directions that are quicker to navigate than when in you’re in a larger vehicle. Trips within town around 11AM were shorter by several minutes, while those that led you out of the city took significantly less time (Maps estimated that a 256KM trip would be roughly 40 minutes shorter on a bike than in a car).

You’ll need the latest version of Google Maps on Android – v.9.67.1 to be precise – to try two-wheeler mode. Hopefully, it’ll roll out to other countries that face traffic congestion and support large numbers of motorbikes. Google is slated to announce a few updates to its ‘Google for India’ initiative today, so we’ll soon learn if this feature is designed only for the country.

Read next: Innovations in fantasy sports keep the dream alive