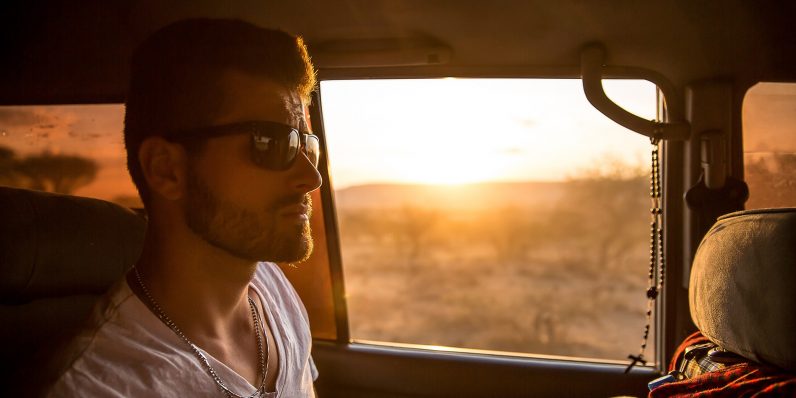 Uber’s all-in on self-driving cars. It makes sense. Built on the backs of its drivers, Uber’s future might very well be determined by whether or not it can replace them. Autonomous vehicles don’t get paid, don’t skip out on driving when they’re sick, and (probably) don’t film Travis Kalanick dancing to Maroon 5 in the backseat of an SUV.

But, according to user experience designer Molly Nix, much of the thinking around self-driving cars has been about the absence of a driver, not the presence of a passenger. This is something Nix, and Uber’s Advanced Technologies Group hopes to solve.

“In general when we think about Uber as a product, the magic is that it gives you your time back,” Nix said.

According to a new patent, one of the things Uber’s focused on is beating motion sickness that commonly takes place when passengers read in a car. The car would use data from a set of self-driving “eyes” to create a “sensory simulation system” designed to keep motion sickness at bay by tricking the brain through use of vibrating seats, bursts of air, or a “light bar” within the vehicle to create an augmented environment.

Like seasickness, nausea in the car happens when your eyes see one thing but your brain feels another. It’s a common issue with virtual reality as well. Shooting down the tracks of a roller coaster with all its twists and turns, for example, often leads to nausea in users because the visual stimuli doesn’t match up to that of what the brain is experiencing in the body’s movement. By creating a system to trick the body into movement that more closely resembles that of what the eye sees, Uber hopes it’ll allow passengers to focus on something else.

“With the advent of autonomous vehicle (AV) technology, rider attention may be focused on alternative activities, such as work, socializing, reading, writing, task-based activities (e.g., organization, bill payments, online shopping, gameplay), and the like,” the patent says.

But, like most patents, there’s a better than zero chance this invention remains on paper. It’s clear though, self-driving cars are going to lead to innovation, even outside of the automobile itself. Something along these lines isn’t far off, especially once riding — rather than driving — becomes the new norm.