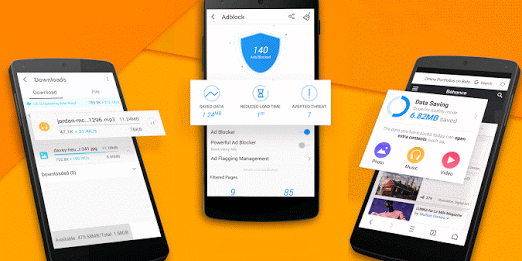 You might be more familiar with Chrome, Firefox, and Opera than UC Browser, but the Chinese Android app has clocked more than half a billion downloads on Google Play. Sadly, you might now learn the name only because it’s been removed from the Play store.

When contacted about booting UCWeb’s browser, Google told the Economic Times that it removes apps that violate its policies that are designed to provide “a safe and positive experience for users.” Meanwhile, the Alibaba-owned firm said in a statement:

The exact reason for UC Browser’s unavailability on Google Play is because of a certain setting of UC Browser that was not in line with Google’s policy. The reason for the removal has nothing to do with alleged data security breach or malicious promotion.

It’s strange that UCWeb didn’t care to specify what that certain setting – and stranger still that its parent company UC Union sent out an email to businesses signed up on its affiliate program a week ago, asking them not to use ‘Malicious Promotion methods’ to garner new users for the browser. Android Police noted that it had signed up for the program previously and had received this message.

For its part, UCWeb said that it’s made the necessary fix to its app and has submitted it for review to Google; it expects to be back on the Play store next week. Until then, the app is also available to sideload from its site.

But if it’s not good enough for Google, then it might make sense to hold off on downloading or using the browser until the matter is resolved. It isn’t clear whether the browser is collecting more data from your device than it should, or forwarding along your browsing activity to servers back home.

While getting kicked off Google Play is plenty of cause for concern, it doesn’t help much when you’re cagey with the details about why it happened. Hopefully, UCWeb will be more transparent about such incidents with users in the future.

Read next: The ultimate plain-English guide to Bitcoin forks