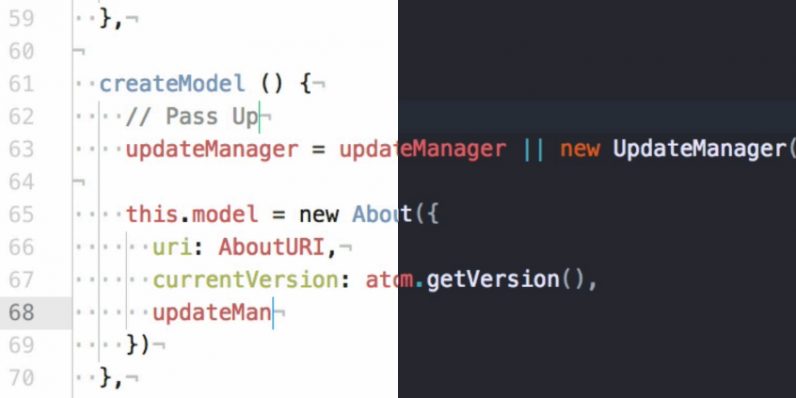 Since it launched three years ago, GitHub’s Atom text editor has been a formidable open-source option for coders, alongside cross-platform favorites like Sublime Text. But if it’s not already your weapon of choice, you might want to give it a go now that it supports real-time collaboration.

The new Teletype feature lets you team up with fellow developers on a project and write or edit code together at the same time, with individual cursors and zero latency.

GitHub notes that you’ll be able to use your own key bindings, packages, and themes while working with Teletype, so you won’t feel like you’re using someone else’s IDE. The company also notes that your data is piped through encrypted peer-to-peer connections, so you shouldn’t have to worry about anyone snooping on your code.

It’s still in beta, so it doesn’t include certain other allied features that would make collaboration easier, like a chat window so you can discuss changes and additions with your team in the same app. Hopefully, this sort of functionality will be added in the future.

With the introduction of Teletype and the recently-added integration with Git and GitHub, Atom is shaping up to be a pretty good choice for developers of various disciplines. You can give it a try by grabbing the installer from here, along with the Teletype package from this page.

Read next: 5 apps that make user generated content work for your brand