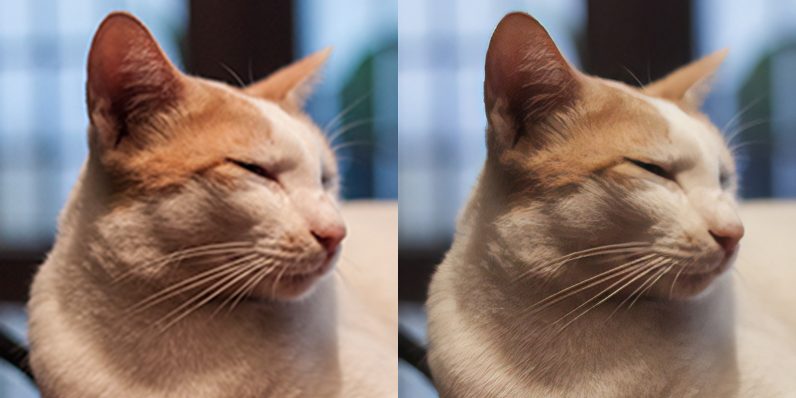 We’ve recently seen a number of interesting approaches to improving low-resolution images using machine learning, including ones from researchers at Google, and at the Max Planck Institute for Intelligent Systems. Now, you can try an AI-powered enhancing tool for yourself with just a couple of clicks.

Head over to Let’s Enhance, drag and drop a photo onto the page, and give it a few seconds to spit out two different- and surprisingly usable – results. Here’s a sample from a photograph I took and scaled down to a tenth of its original size, and then fed into the app:

I tried the tool with a bunch of pictures, and found that the ‘magic’ filter works well with photographs. The ‘boring’ filter can help remove some artifacts in logos and graphic design elements. Plus, both filters upscale your original image to four times the size. Oh, and the third ‘anti-jpeg’ filter doesn’t appear to do much, so it’s best to ignore it.

While the results aren’t perfect, they can certainly come in handy for things like tracing vector shapes and preserving old photos. Hopefully, the developers will eventually add an API or a way to upload a bunch of photos at once.

Try it out with your own images by visiting this page.

Read next: Google is mapping out air pollution levels on Google Earth