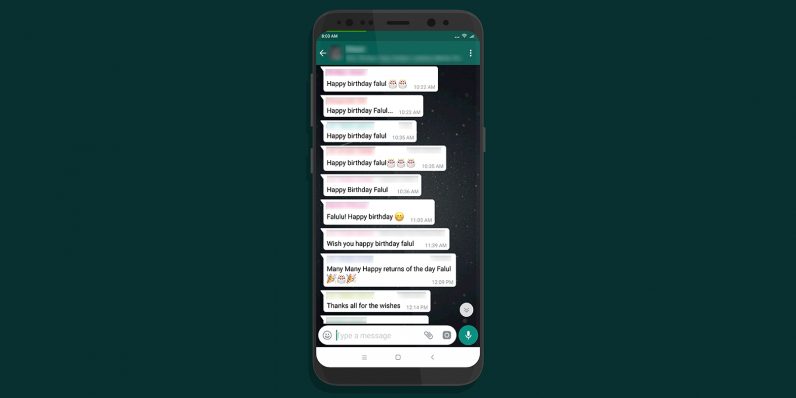 Few things aggravate me as much as seeing unsolicited group chats in my WhatsApp conversation list.

You know what I’m talking about – the one with all your third cousins that you got dragged into at your last family reunion, that other one with your former colleagues from the last place you worked at, where everyone wishes everyone a happy birthday, practically every day of the year. Where you have nothing to contribute, and only wish that you could leave these groups forever.

The worst part? There’s no way out – at least, not without alerting everyone that you don’t care to be part of the group chat, hurting feelings, and risking the chance of being added back in by an over-enthusiastic participant who just doesn’t get the hint.

I’m a terrible person in so many ways, but I’d like that to be a secret. I’m happy to make an exception in your case, dear reader, but I’d rather my kith and kin didn’t find out just how uptight, snobbish and emotionally unavailable I can be.

I’m dreading writing this, because my extended family and former co-workers – bless their hearts – might read it, and know that I’m talking about the groups we share. I’m already a ghost in those conversations, lurking in the shadows and never saying a word.

In trying to create a simple way to talk to several people at once, WhatsApp has created an annoyance that’s practically impossible to avoid. Muting and archiving these conversations only helps so much. But seeing those groups every time you open the app, being reminded that you haven’t said anything to those people in ages, and risking mistakenly forwarding them a message because they also show up in WhatsApp’s suggestions, are all painful.

Is there a fix? Telegram lets you prevent anyone from adding you to a group, – but that’s not an elegant solution. I prefer to keep that option off so that I can be added to some groups, like this one in which I’m planning a friend’s bachelor party with some mates of his.

The trouble with letting you sneak out of a group without letting anyone know is that it doesn’t serve the other participants well – they won’t know that you’re no longer receiving messages, and will blame the service for faulty communications.

There is another way: you can already archive group chats, which makes them disappear from your conversation list until someone posts a new message. WhatsApp could tweak this functionality and hide the chat until you revisit it in a separate ‘archived conversations’ list, or only allow the chat to resurface if you’re @ mentioned in a message. This way, you don’t have to see these unwanted conversations unless you want to, and you won’t miss a message directed specifically at you.

Ultimately, I’m aware that I’m whining about a tiny user experience idiosyncrasy – but it’s in an app that I use several times a day, and it’s forcing me to constantly confront my relationships with people close to me and as far from my mind as I can imagine. That’s more than I bargained for, WhatsApp – never mind the fact that I’m indeed a terrible human being. How about we fix that archive button and put an end to this painful self-reflection, hmm?