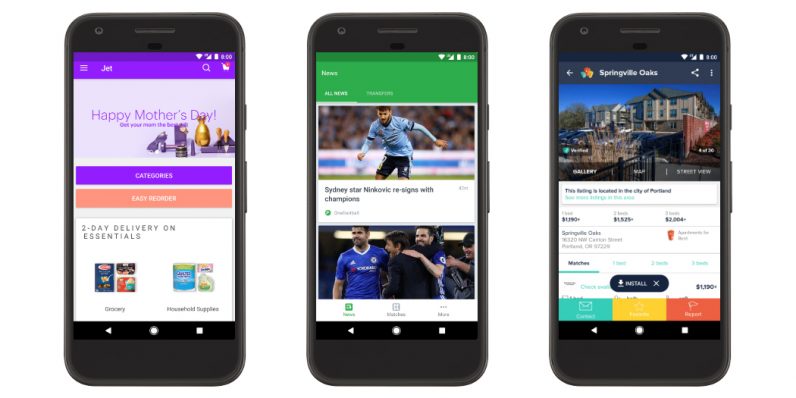 Google announced a bunch of updates big and small to its Play store today, but the most exciting of them all is the arrival of Instant Apps, which you can stream to your device and try out without having to install them first.

We first heard about Instant Apps at Google’s IO developer event back in May 2016; the company began rolling out support for these programs this January, but few such apps have been spotted in the wild.

Now, Google says you’ll be able to trial supported apps from the Play store by tapping the Try it Now button beneath their listings. There are a bunch of them on this page, but the option wasn’t available to me on multiple devices in India – so it’s likely that Instant Apps aren’t yet supported everywhere and on all eligible devices just yet.

This feature should make it easier to decide if you want to buy a game or a premium app before ponying up for it. There’s already a refund system that lets you get your money back if you return the app within two hours of your purchase, but this might help even more. If you’re interested in making your app streamable, you can follow Google’s lead on this page.

Read next: If you must use Prisma-style art filters on your photos, try Portra