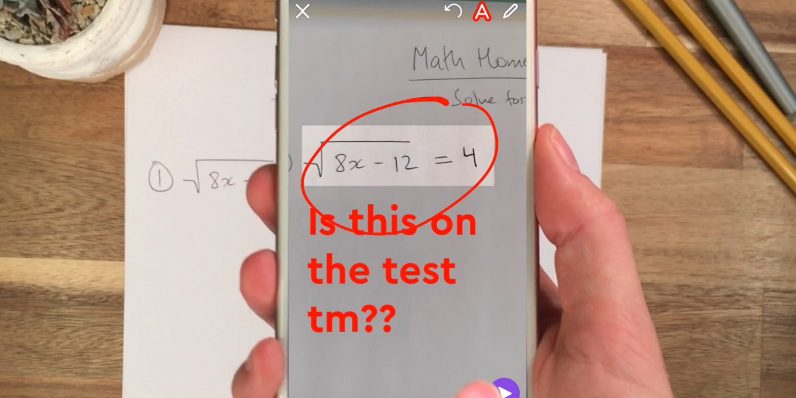 Popular AI-driven homework app Socratic is introducing new social features to make it easier for students to talk about their classes — including chat and groups.

The new features bear a very close resemblance to other social media apps, such as Snapchat and Facebook Groups. Users can create groups associated with their schools, which other users can join. Group members can send messages and share pictures to keep abreast of each other’s studies.

According to a Socratic spokesperson, the intent of the new features is to mimic the communicative aspects of social media without the distractions and white noise:

It sounds peculiar, but teens turn to their social circles for help all the time – often on apps riddled with distractions (Facebook, Snapchat, etc). On Socratic, they can now message friends directly for help and tackle their toughest questions with classmates, zero distractions.

Social media is a key part of many students’ experience, if the number of Facebook Groups listed under “School and Education” is anything to go by. I used it myself when I was in college. But whenever I studied with friends in my Facebook groups in college, it was incredibly easy to get distracted by everything else that Facebook offers.

While I could see this as being potentially abused by students who just want to chat with their classmates, I also think it’s helped by the fact that Socratic is already an education-only app. If nothing else, it might help students who are otherwise easily distracted by the shiny lure of social media stay on target.