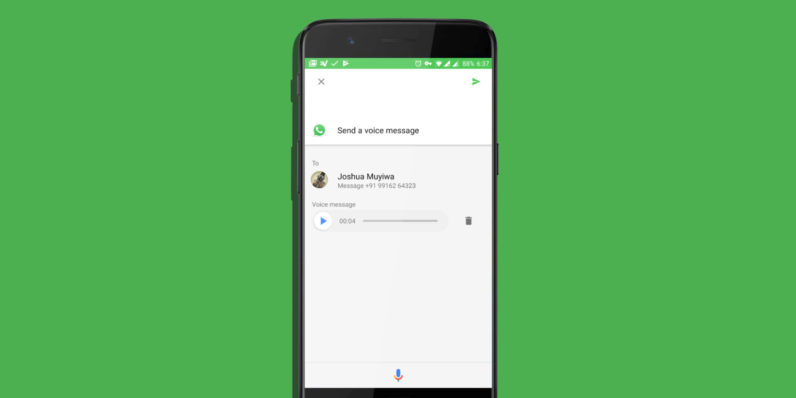 Although the feature has been around for a while, I’ve only just started sending voice messages on WhatsApp to save time typing or avoid fumbling with my phone with just one hand free. Now, Android Police has discovered that you can record and beam across voice messages without even firing up the Android app.

It’s a piece of cake, and all you need is to have Google Assistant enabled on your phone. Just say, “OK Google, send a voice message,”, followed by the name of the contact you want to ping. Then, follow the on-screen prompt to record your message, and say “OK Google, send,” and it’ll be on its way.

How nifty is that? This trick actually makes voice messaging a lot more useful, since it really cuts down on all the taps and swipes you’d typically need to get to a WhatsApp conversation to send anything.

Know of any other handy WhatsApp hacks? Let us know in the comments.

Read next: Become a certified AWS cloud pro for under $50