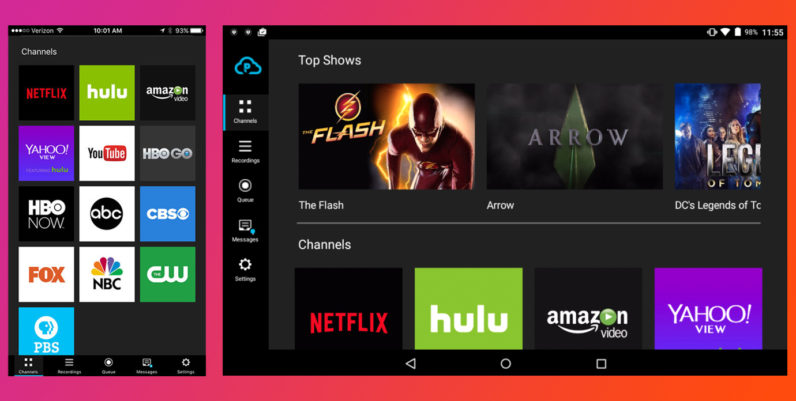 Streaming your favorite shows on a spotty internet connection can be quite the nuisance – but it doesn’t have to be. There is a handy app that lets you save any show for offline watching and the best thing is that it works with practically any streaming service, including Netflix, Amazon, Hulu and HBO.

Available for Android and iOS, PlayOn Cloud makes it possible for users to record and download titles from a variety of leading streaming services, so they could still binge their favorite shows once they go offline – anytime and anywhere.

The only downside is that you will have to pay for this privilege. PlayOn’s iOS and Android apps are free, but the company will charge $0.99 for each recording. The good thing is that PlayOn also offers various recording packs and bundles for as low as $0.20 a pop. You can look up pricing details here.

Considering that each recording is stored in the cloud – and therefore available to download locally on any device using the same PlayOn account – it’s not such a bad deal.

One thing to keep in mind is that Netflix already rolled out support for offline viewing for mobile last year. The disadvantage is that not every entry in its catalog is available to stream offline. Another upside to using PlayOn is that, unlike Netflix, downloaded recordings never expire – unless the user deletes them, of course.

Yes, recordings stored on the cloud will be deleted after 30 days, but they will still be available on your device locally.

For those wondering about the app’s legality: The PlayOn team claims their software is entirely “legal and protected by the same laws that allow consumers to use a DVR or VCR to record broadcast content.” They have explained this in more detail in a blog post on their website.

In all fairness, PlayOn Cloud has been around for a while now. But should you find yourself planning a faraway trip without any guarantees for a stable connection, now at least you know you have options to keep yourself entertained.

Read next: Cloudflare promises free DDoS protection for everyone