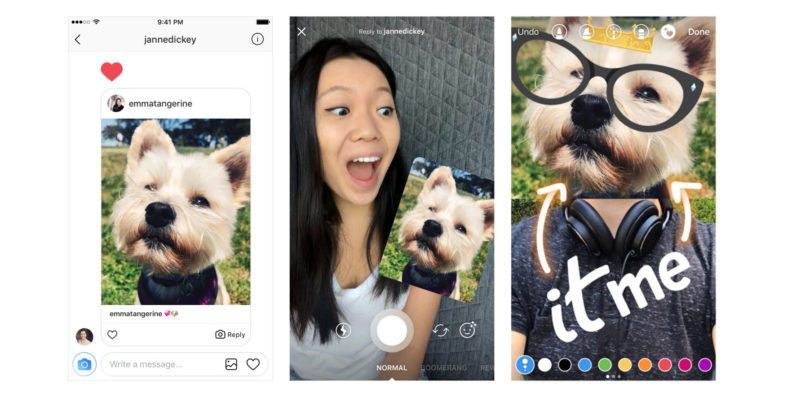 Instagram’s Direct messages are becoming a bit more powerful. Following the addition of threaded conversations earlier this week, you can now directly reply to specific individual photos or videos shared with you with your own media

Basically, when you tap the reply button on a photo or video in Direct, it will show up as a sticker onto which you can overlay your reaction. It’s kind of hard to put into words, so a screengrab will do a better job of explaining it:

You can also show the sticker in a split screen view, or draw on it, because who doesn’t like to draw on faces?

It’s a clever way to make Direct a little more fun and useful, and capitalize on the Snapchat-inspired functionality that has helped power Instagram’s continued growth. Instagram is a visual medium, after all, so what better way to reply to a photo than with another photo? It’s basically the visual version of threaded messaging.

The feature is rolling out as part of Instagram version 10.34 on Android and iOS. Now how long until someones creates the Direct reply equivalent of an infinity mirror?

Read next: Newton arrives on Windows to help clear your inbox