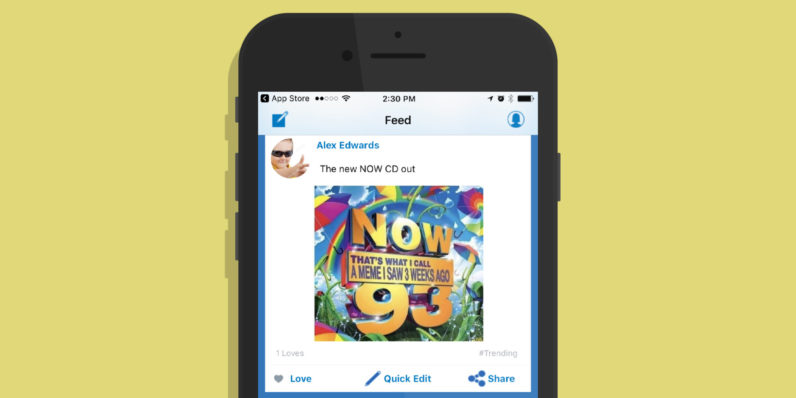 Like memes? You’ll probably love 17-year-old Anushk Mittal’s new iOS app, Memeois. It brings you fresh memes from around the web and uses machine learning to tailor your feed to your taste.

You can scroll through an endless stream of memes and heart the ones you like to begin training the app. Over time, it’ll start to pull memes that it thinks you’ll enjoy the most. There’s also a full-fledged meme generator and editor, so you can whip up some saucy ones of your own and beam them out to take over the internet.

While Memeois isn’t perfect – you can’t browse without creating a profile with your Facebook account, and the interface looks a bit dated – it works as advertised, is ad-free and even comes with extras like Apple Watch support and an iMessage sticker pack.

Mittal, who won an Apple WWDC scholarship this year for his work, explained that the app uses Amazon’s Rekognition system to analyze the images in the memes and index them. Memeois then looks at all the memes you’ve liked, as well as the ones your friends share, in order to personalize your feed. Not bad for a 17-year-old, eh?

Give Memeois a go by grabbing it for free from the App Store.

PS – if you’re a developer under the age of 18 and are building cool stuff, I’d love to hear about your work. Hit me up on Twitter or via email.

Read next: Which awful word will win the race to mean 'group selfies?'