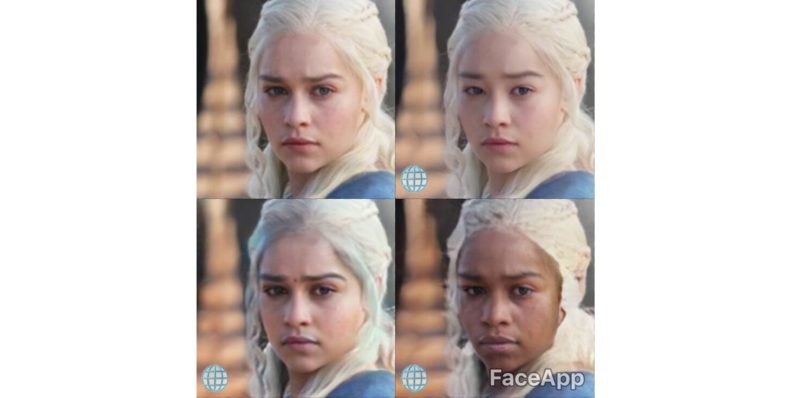 FaceApp, a selfie-morphing app, today introduced portrait filters titled “Caucasian,” “Black, “Asian,” and “Indian.” In an astonishingly inappropriate move, they do exactly what you think they do.

FaceApp has been, up to now, most notable for its features which make users smile, or wrinkly, or the opposite gender — and we were okay with that. The app has done some fairly amusing things, such as create cheery portraits from dour subjects at a Dutch Museum.

But having users change race is a little more thorny than any of those things. Given the history of using makeup to ape different races in an unflattering way, changing race in an app feels wrong.

There’s a part of me that wants to say the app’s facial sculpting is remarkable in the way it actually imitates morphological features of different races. But the greater part of me just says, “Eww.”

It’s not even the first time FaceApp has gotten in trouble for changing racial features. Earlier this year, it was chastised for introducing a filter labeled “hot” which turned the user’s skin white. Yaroslav Goncharov, the creator of the app, apologized and said, “It is an unfortunate side-effect of the underlying neural network caused by the training set bias, not intended behaviour.”

Somehow I don’t think that excuse is going to fly this time considering they’ve explicitly named each filter after the race it imitates.

Update 8/10: It appears the filters have been removed from the app. That was sure an … experience.

Read next: Facebook's new 'early bird' spy tool is just the tip of the iceberg