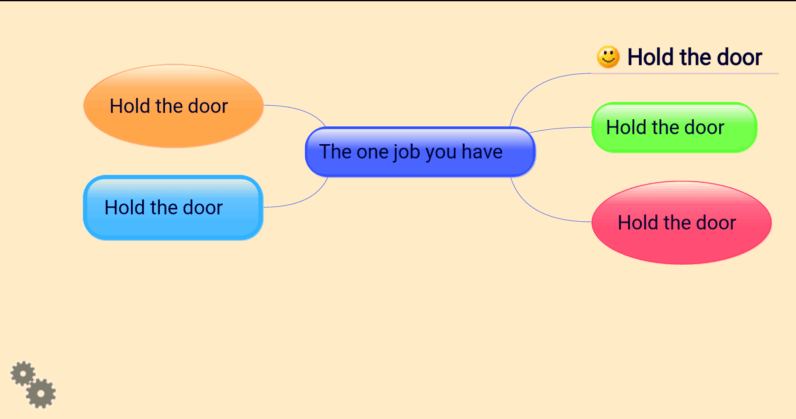 Mind maps are hierarchical diagrams presented in a way that help compartmentalize different aspects of a concept. You start with a central theme, idea, or goal, and then add branches that create a map of things that relate. These are incredibly useful tools for people who prefer to visualize and interact with ideas during brainstorming sessions.

Many mindmapping apps are cross-platform, some are free, many require purchasing the app or subscription to unlock full features. Here we’ve featured five apps that are popular, offer a free version, have at least a 4.0 review rating on the Google Play store, and do not require an account to be created in order to make and save maps.

This one looks like something a developer might use. It forgoes big, comic-looking bubbles for tight borders and shaded lines. It feels good and seems like it has a lot of options right up front, but there’s more of a learning curve to it than the others.

This app makes it easy to customize the way your map bubbles look. The interface looks like something from a few years back, but that’s not necessarily a bad thing.

If you love that ‘Android feel’ in your apps look no further than Schematic Mind, unless you hate ads. In fairness to the developer the app is smooth and was one of our favorites — the ads aren’t that imposing. Worth checking out, especially if you’re going to eventually get a paid version.

The verdict, on all of these, is that it’ll be up to you which one ‘feels’ best, or aids you in visualizing your maps better. There’s no wrong answer here, especially if you don’t mind paying to unlock the full versions.

Read next: 7 essential apps for anyone new to Android