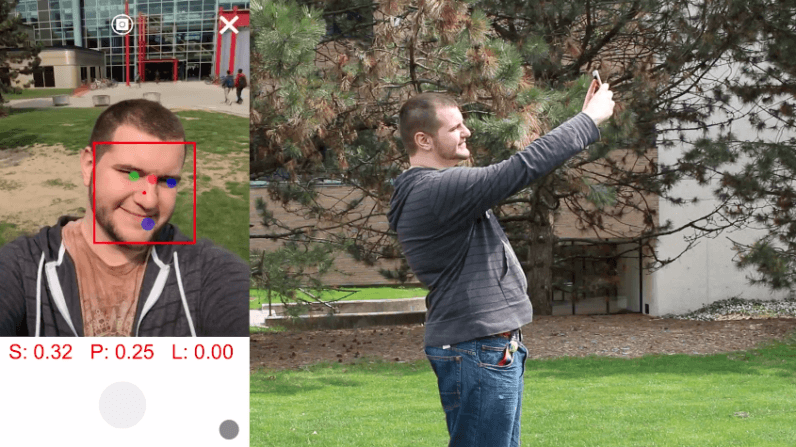 Snapping aesthetic selfies is an art form in itself these days – but now researchers from the University of Waterloo are trying to turn this art into a science.

Computer science professor Daniel Vogel and his former student Qifan Li teamed up to develop an app that offers tips to people on how to take the perfect selfie.

“Selfies have increasingly become a normal way for people to express themselves and their experiences, only not all selfies are created equal,” Vogel said in a press release. “Unlike other apps that enhance a photo after you take it, this system gives direction, meaning the user is actually learning why their photo will be better.”

To accomplish this result, the researchers designed an algorithm that gives users directions on how to find decent angles for their selfies.

The researchers then loaded the images on Amazon’s Mechanical Turk where thousands of people voted which virtual selfies looked best – and why. The insights were later mathematically modelled to develop the algorithm for the app.

Once the they had the algorithm down pat, Vogel and Li invited real people to take a bunch of selfies using a standard camera app and an improvised app powered by their algorithm.

Following their experiment, the researchers discovered that photos taken with their own app bred a 26-percent improvement in selfie ratings.

Check out this demo footage to get a better idea how the algorithm works:

“When it comes to teaching people to take better selfies, the sky’s the limit,” Vogel remarked. “We can expand the variables to include variables aspects such as hairstyle, types of smile or even the outfit you wear.”

For more details on how to snap awesome selfies, see the full research here.

But if you’re too lazy to invest your free time into learning the science of taking selfies, DJ Khaled has a few quick hints on how to get iconic angles:

Read next: How to know if you should pay contractors hourly or weekly/monthly