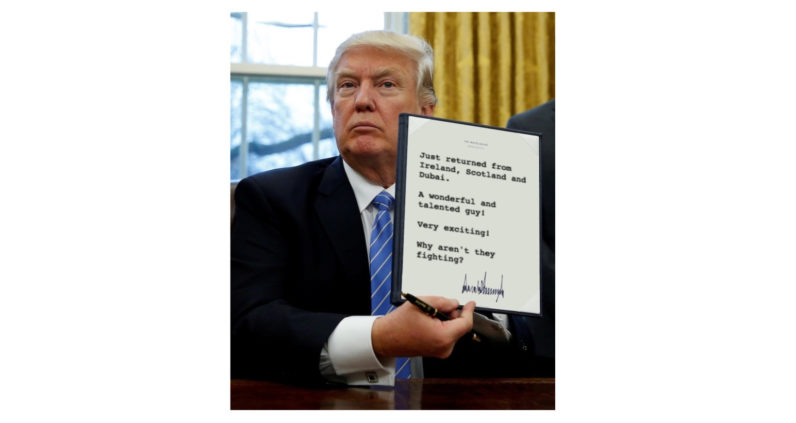 The childishly unfiltered approach Donald Trump takes with Twitter has allowed bored programmers to build an entire parody industry around his tweets. Over the last year we’ve seen robots that print and burn his posts, bots that turn his rants into cash, and now – an algorithm that transforms his tweets into poems.

A Redditor going by the alias Darby Crash has put together Poet in Chief, an amusing website that selects random Trump tweets and then proceeds to put them in verse.

While most of the time the algorithm would generate some barely coherent blocks of text, it does occasionally surprise with some pretty poignant lyrics:

They are robbing our country blind.

Keep the big picture in mind.

You will thank me later.

Be there or be left behind!

The website will pump out a new poem anytime you click the ‘generate’ button. To see where the app drew inspiration for the rhymes from, you can click on each separate line to see the original tweet.

Head to this page to try out Poet in Chief. And don’t forget to let us know down in the comments: What is the most touching poem the quirky tool generated for you?

Read next: The UK parliament getting pwned by a brute-force attack is utterly, utterly embarrassing