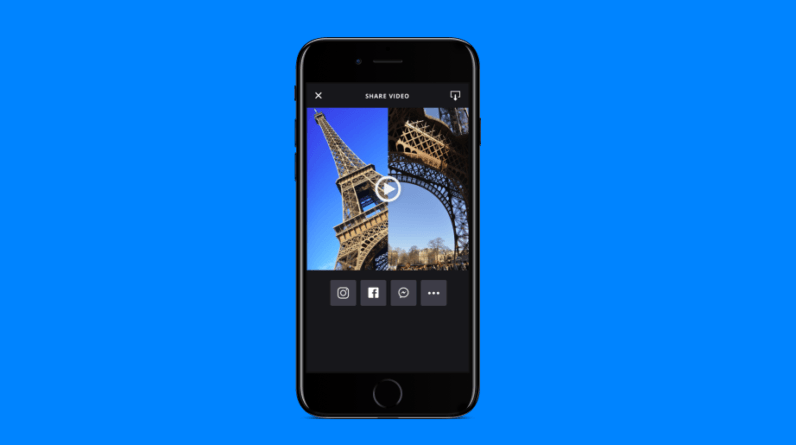 Duomov is a new iPhone app that takes a moderately complex task, syncing two videos, and makes it easy. The app is releasing today on the iTunes store for free. I’m a huge fan of cool apps that don’t cost a thing, and this app is worth checking out.

The video app allows you and a buddy to synchronize your devices and record clips with full audio together. You won’t have to be on the same network as your companion, they won’t have to do anything to connect to you other than have Wi-fi enabled and accept the request.

The app doesn’t even require you to be connected to the internet or a cellular network – you just need Wi-fi turned on for the peer-to-peer connection.

This nifty-little app will let you and your best-phone-friend do everything together, and you won’t have to hold a production meeting to determine which videos you are going to post to your Facebook or Instagram accounts.

Imagine going to a concert with a pal and getting video from two sides of the stage at the same time. By using Duomov the audio will be synced, the video will show two perspectives, and you can decide whether half of the footage will be topless concert-goers and the other half will be guitar solos. The only thing missing is the obligatory high-five over the word “Fin”, and you’ll have a split-screen masterpiece.

You’ll do all of this without ‘post production’ work. The application does the tedium for you.  Focus on getting your video, your buddy will get theirs at the same time — then share the results on Messenger or Instagram between songs.

You and your friend both open your app, one of you initiates the recording request, the other accepts it, and viola`: you are both recording video that will be seamlessly stitched into a split-screen output recording with synchronized sound. It’s easy, which makes it elegant.

I asked the developers a few questions about Duomov and its development. I was surprised to find that the app, which went from planning to being authorized by Apple in less than 30 days, was the result of a two-man development team.

Two men created a smooth and functional app, that not only works great but supports seven different languages, in just 29 days.

Raphael Cruzeiro and Pedro Marques, the developers behind the project, are a revelation; they created a simple app that serves a fun purpose — and there is no back-end.

Duomov is functional and free of annoying distractions that don’t serve any purpose. It doesn’t require a connection to anything other than someone else with the app installed. It finds the best way to do something, in this case socializing the act of creating a video clip, and does it well.

It is not the most advanced video editor you can get. The app certainly isn’t a huge feature-packed dynamo that’ll have you forgetting you even have other editors. Duomov isn’t really a video editor. It’s a way for two people to collaborate and share moments; in essence it’s another social media platform.

The simple clutter-free design makes it an easy pitch to your buddies. Instead of explaining to your friends what Duomov does – invite them to install it and try it with you. The app is free and the team behind it are already planning improvements like filters, and up to four simultaneous users.

I asked the developers if they thought people would use this app to tell stories. Pedro says “We wanted to create a new format, but more importantly we want to create a storytelling app. We expect people to use Duomov in all sorts of situations, from concerts to sports events to hanging out with friends.”

Duomov is a cool app that’s worth checking out, unless you don’t have any friends with an iPhone. The brains behind the app are already working on that problem, however, and expect to release it for Android in the future. You can get Duomov on the iTunes store right now and more information is available on the app’s website.

From zero to App Store launch in 29 days on Raphael Cruzeiro and Pedro H. Marques