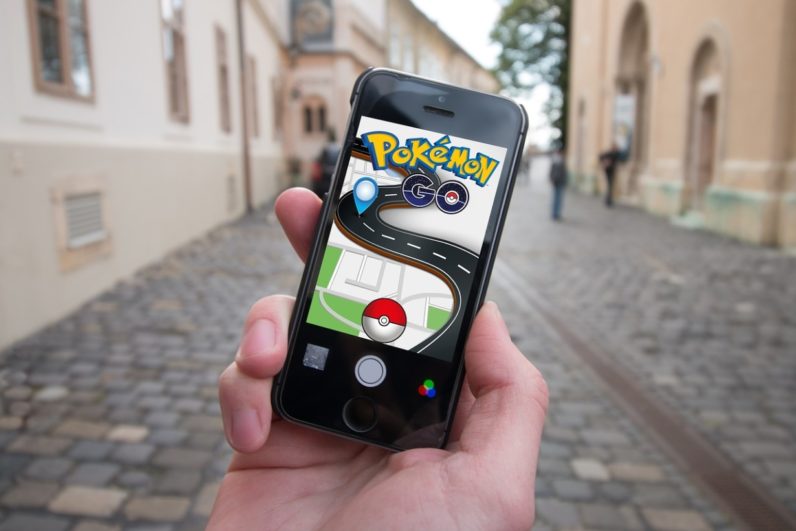 No industry is safe from the “fifteen minutes of fame” phenomenon, including the mobile app industry. Over the last decade or so, we’ve all experienced the familiar pattern of downloading the newest and most addictive apps, only to abandon them a few weeks later (and even delete them for precious storage space).

Here are four cautionary tales of viral app growth in recent history, and the valuable lessons they impart:

Pokémon GO reached many app milestones and broke several records in its first few weeks of launch. It was the #1 grossing app for 75 consecutive days on the US App Store, and it’s the fastest game to reach $500 million in revenue, according to App Annie data.

While not exactly a failure, usership has definitely declined since its release — according to a recent ComScore report, Pokémon GO’s daily unique users steeply dropped to just five million in December, from a high of 28.5 million.

What went wrong? Early on, the game had issues scaling to its massive user base, resulting in outages and downtime. This eventually led to the removal of key features like its tracking system and shutting down third-party tracking websites with cease and desist letters. Throughout all of this, Niantic (the company behind Pokémon GO) consistently failed to communicate with its users over changes and negative feedback.

Lesson learned: Take note of what your customers are saying, and let them know you’re listening by improving your product based on customer feedback.

During its first 24 hours of launch, Super Mario Run received 2.85 million downloads on the App Store, surpassing Pokémon GO by nearly two million. Since then, it has been downloaded more than 78 million times around the world.

But in the last few months, Super Mario Run on iOS has seen sharp declines in downloads, hitting the #115 ranking in the US App Store during mid-April. It also only has a three percent conversion rate of users who paid $10 to unlock the full game.

What could have caused the decline? From the beginning, it has required an always-on internet connection, which means playing during a subway commute or in rural areas isn’t ideal. The high $10 asking price also turned away many users, in a world where users are accustomed to the free-to-play model. And in contrast to Pokémon GO’s gradual rollout, Super Mario Run launched globally on day one, potentially leading to a steeper drop off of usage.

Lesson learned: Asking $10 for your app might be a little too steep in an F2P dominated app market. Consider a gradual rollout of your app for better market testing. And use a DRM system that doesn’t require an internet connection!

Vine came to market during time where social and short-form video (one of today’s top trends) were first starting to take off. With a $40 million acquisition by Twitter in late 2012 and official app launch just a few months later, Vine quickly rose to become the most-used video sharing application in the market.

While Vine was a great way to give people their six seconds of fame, the app itself unfortunately experienced the same. A recent report found that the majority of Vine’s top users from 2013 had stopped using the app altogether by 2016. Then in October 2016, Twitter announced they would be shutting down Vine, replacing it with a camera app.

What went wrong here? Losing your most valuable users is never a good sign. With a huge social media shift towards video (and lots of new competition), Vine failed to captivate its users with new features, to keep it fresh and interesting. So instead, its users flocked to competition like Snapchat and Instagram.

Lessons learned: Improve upon your app with new features, often. Snapchat is a great example of this: filters, news, location tagging, and most recently, removing a time limit on viewing snaps. Also, think outside the box for new ways users can engage with your product — case in point, Snapchat Spectacles.

Though released in May 2013, Flappy Bird didn’t rise to peak popularity until January 2014, when it was the most downloaded free game in the iOS App Store. The game was hailed for its simple yet maddeningly difficult mechanics, but criticized at times with accusations of unoriginality and even plagiarism. In February, 2014, Flappy Bird creator Dong Nguyen tweeted that he was taking Flappy Bird down, citing “altruistic” reasons.

This move created two pretty amazing and unexpected consequences. The first is that since the app was no longer available to download, mobile phones with existing installations started cropping up on eBay for as much as $90,000. The second is that Flappy Bird became one of the most cloned mobile games of all time, to the point where both Apple and Google began rejecting disallowing games with the word “Flappy” in the title.

Lessons learned: Make sure you are committed to the success of your app — and everything that goes with it. You will be both praised and criticized for your successes, and it helps to know this going in.

Viral growth can do more harm to your app than you might expect. It’s hard to sustain — if you’re a young startup, you likely don’t have the necessary funds available to keep up with viral demand. In the long run, your investors will want to see consistent growth, so supplement your approach with a strong long-term retention/acquisition strategy. Slow and steady seems to be the key to winning the race.

Read next: How artificial intelligence is revolutionizing customer management