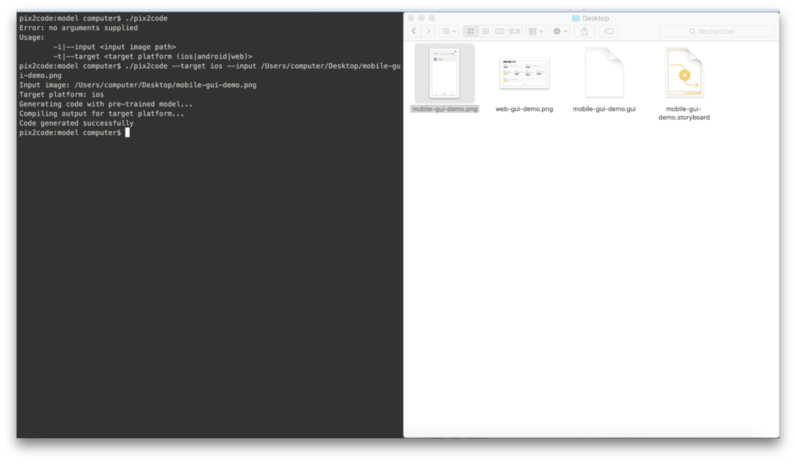 While traditionally it has been the task of front-end developers to transform the work of designers from raw graphical user interface mockups to actual source code, this trend might soon be a thing of the past – courtesy of artificial intelligence.

Copenhagen-based startup UIzard Technologies has leveraged the latest developments in the field of machine learning to build a neural network that, once fed with raw screenshots of graphical user interface, proceeds to automatically generate code.

What is particularly intriguing is that the so-called Pix2Code model has the capacity to produce code for three different platforms, including Android and iOS as well as other web-based technologies.

As UIzard founder Tony Beltramelli explains in his research, the novel approach could potentially “end the need for manually-programmed” user interfaces altogether. At present, the method generates code from screenshots with an impressive accuracy of over 77 percent, but the consistency of the algorithm is likely to improve in the future.

Watch this brief video demonstration to see the AI-powered app in action:

While UIzard has already shared some of the principles behind the technology powering its software, the company notes that the source code for the actual app will become available later this year. So make sure to follow this GitHub repository for more insights.

For more details about the Pix2Code generator, Beltramelli has documented the science behind the app in an academic paper you can find here.

Read next: Technology and big data are helping Cameroonians protect their forests