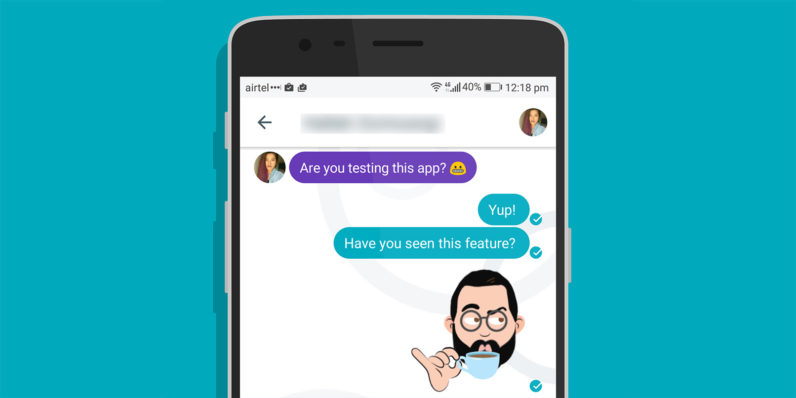 I hate the fact that Google’s Allo messaging service has some pretty cool features, because none of my friends are on it and so I can’t use them. Thanks to its latest update, I hate the app even more.

It can now generate a sweet sticker pack based on your selfie, with a hand-illustrated look across the entire lot. You can even customize facial features to personalize the stickers, which can help you express a wide range of emotions (including the feeling of being human garbage).

I’m usually not one for littering IM conversations with stickers, but if I had to use them, I’d certainly appreciate being able to have my ugly mug in them.

To create this feature, Google’s Allo team worked with Machine Perception researchers at the company to create an algorithm that can pick out easily recognizable features features in a person’s face, abstracting away details that don’t matter quite as much.

With that, the app draws from a set of illustrated head shapes, hairstyles and other features created by artist Lamar Abrams to generate a character that you can tweak and customize; Google says up to 563 quadrillion combinations are possible. Once you’re happy with the result, it’ll generate a bunch of stickers you can use in any conversation.

Damn you, Allo, for making me want to use stickers in an app I basically have installed just for testing features.

Selfie stickers are now live in Allo for Android, and are coming soon to iOS. Oh, and more illustration styles are in the works too.

Read next: 9 easy ways to explain what you actually do as a social media professional