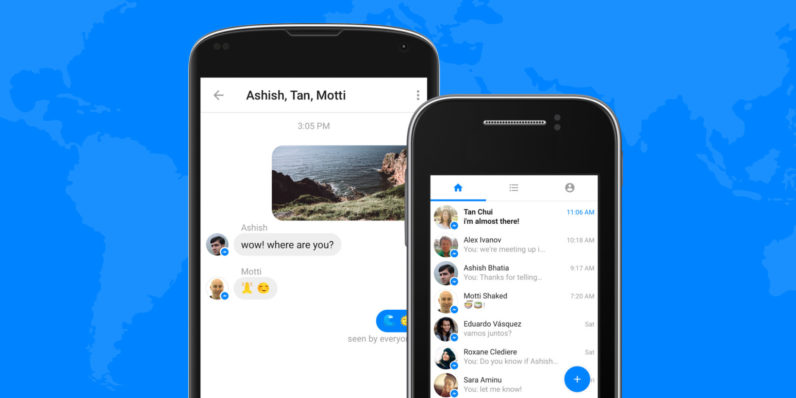 Facebook is bringing the Lite version of Messenger to over 100 countries around the world today. David Marcus, the head of Messenger at Facebook, posted the announcement on his Facebook page.

The company highlights Lite’s compatibility with older phones, but as Abhi pointed out, the app also helps people who have spotty internet connections.

Originally, Facebook said the app would be available in 150 more countries, but outlets who’ve viewed the list say the actual number is 132. Either way, the countries include Germany, Italy, Algeria, Colombia, Vietnam, Morocco, Nigeria, Peru, Turkey, Japan, Taiwan and the Netherlands. This is in addition to its original five countries of Kenya, Venezuela, Malaysia, Sri Lanka, and Tunisia.

At the moment, it doesn’t appear to include any English-speaking countries at the moment — sorry, American Android users.

Messenger Lite: Empowering the world to stay connected. on David Marcus on Facebook