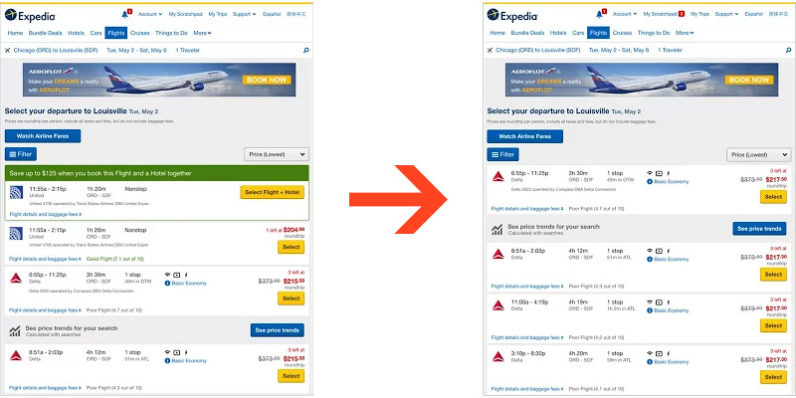 United Airlines has been in the news for all the wrong reasons lately – having police rough up a passenger to make room for its staff on an ‘overbooked’ aircraft, threatening to place another in handcuffs, and removing a couple believed to be traveling to their wedding from a flight.

If the carrier’s less-than-stellar record has you wary of hopping aboard one of its planes, you’ll certainly want to install DropUnited, a handy Chrome extension that ‘drags United Airlines off your flight search results.’

Fire up a search on Google Search, Google Flights, Expedia, or Kayak and the extension will hide United flights from your results, ensuring that you don’t book any of them by mistake. How neat is that?

It’s worth noting that DropUnited works only on the US versions of those sites, so you may still see United if you’re a different domain for any of them. Still, if you’d rather not get beaten up the next time you fly, this is worth adding to your browser. Grab it from here for Chrome (or Opera).

Read next: Leaked Galaxy S8 prototype shows the dual-camera phone it could have been