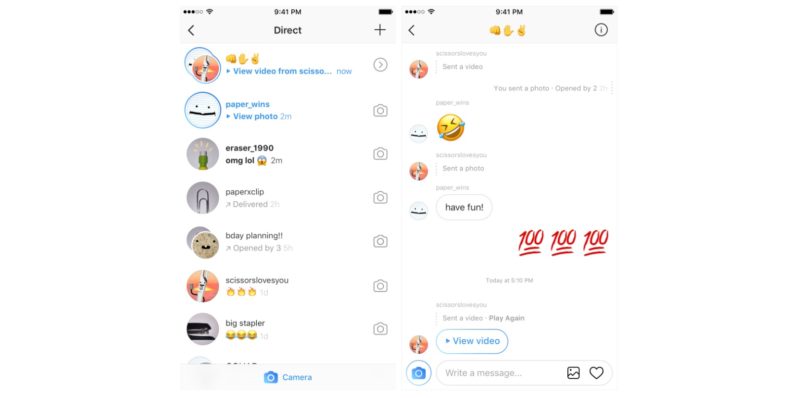 The Facebook-owned company announced an update to its Direct messages feature, combining the two features. When you send someone a temporary image now, it’ll be highlighted in blue, as opposed to the plain white of ordinary messages.

DMs just got a lot more fun! Send disappearing photos & videos along with texts & reshares — all in one place. https://t.co/UFH44LQsyj pic.twitter.com/pWSZGZXxlA

To use disappearing messages, you click the blue camera icon in any given message thread, or swipe left from your Feed. You’ll be able to see who views the message and who replays them. Direct will still keep track when someone takes a screenshot of your messages, always a pretty useful feature.

It might not seem like a huge feature, but it definitely cuts down on the clutter. Considering Instagram is already a hub for pictures, live Stories, and direct messages, any improvement in efficiency can only help.

Instagram says it introduced this feature to accommodate the huge uptick in traffic to Direct over the last couple of months. Specifically, 75 million more people are using Direct than in November 2016, which is when it introduced disappearing messages.

Read next: Be a no-nonsense project manager with this Lean Six Sigma training and certification