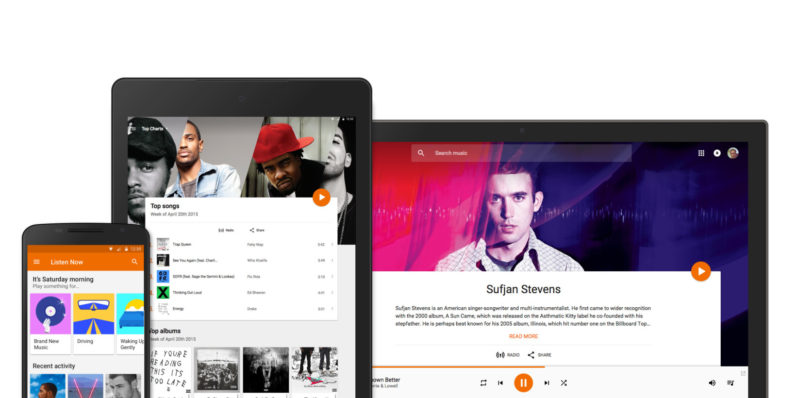 Google has quietly launched its Play Music Unlimited service in India, which lets you stream tunes on demand and also enjoy radio stations based on artists and songs you like.

The service, which is identical to the All Access offering that costs $9.99 a month in the US, is priced at Rs. 89 ($1.4) per month in India. That’s cheaper than Apple Music’s Rs. 120 ($1.85) asking price, as well as local ones like Gaana and Saavn, which start at Rs. 99 ($1.5); however, it’s worth noting that the difference in cost is minimal and will likely not greatly influence subscribers’ decision on which one to go with. The Economic Times notes that after 45 days, Play Music’s subscription fee will go up to Rs. 99 ($1.5).

Play Music Unlimited offers Google’s entire international library as well as music in a wide range of Indian languages on the Web and in its mobile apps. This builds upon the music store that Google launched last September, which allowed users to buy and download songs and albums for offline playback.

Google’s offering takes advantage of machine learning and location + activity data to surface music that it thinks you’ll enjoy based on what you’re up to: driving to work, heading to the gym or getting ready to ease into the day.

It also offers free cloud storage so you can upload 50,000 of your own tracks and stream them just like you would any other track in its library. That’s handy if you have a collection of tunes from indie artists who aren’t yet on Google’s platform.

However, there are a couple of limitations. Play Music doesn’t have a podcast section like the one available to users in the US and Canada since last April; I managed to find episodes of This American Life, but they were listed as tracks by an eponymous artist.

Plus, all the intelligent mixes that the app served up only included Indian music, and even setting my language preference to ‘Western’ didn’t affect the mixes that surfaced. Sorry Google, but I’m not looking to fire up Bhojpuri driving music during my commute. Hopefully that will be addressed in a future update.

With that, Google is set to take India’s growing streaming music market by storm. The time is ripe, given that India is expected to have 273 million people subscribe to streaming music services by 2020. Amazon is slated to bring its Prime Music service to the country sometime next year, but there’s a chance that it might be a bit too late to grab a sizeable piece of the pie by then.

If you’re in India, you can sign up here to try Google Play Music Unlimited for Rs. 89 a month; you’ll get a free 30-day free trial when you subscribe.

Read next: Pebble promises its watches will continue to work long after its services wind down