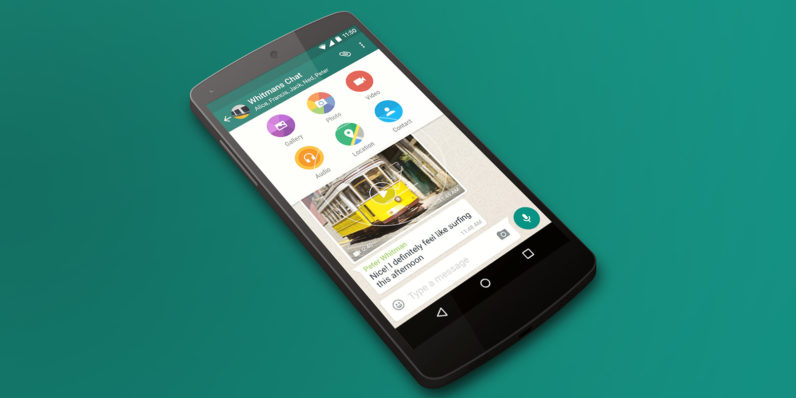 With more than 200 million users in India, WhatsApp has a lot to gain by addressing the needs of its base in the country. To that end, a report from The Ken indicates that the Facebook-owned messaging service is preparing to roll out peer-to-peer payment services on its platform in the next six months.

The company is said to be in talks with the Indian government to enable support for the federally regulated Unified Payments Interface (UPI), to enable quick money transfers between users’ accounts across a large clutch of participating banks.

Another clue pointing to this is WhatsApp’s job listing for a Digital Transactions Lead for India, which requires familiarity with UPI, as well as the country’s Aadhar citizen ID scheme and the Bharat Interface for Money (BHIM) payments app.

If it wants to get in the game, WhatsApp better hurry. Other players like caller ID app Truecaller – which boasts 150 million users in India – and numerous mobile wallets like PayTM, FreeCharge and Mobikwik already offer easy ways to pay for stuff. In addition, heavyweights like telecom giant Airtel have kicked off the rise of payment banks, which are significantly easier to make transactions with than traditional banks.

Of course, the appeal to use WhatsApp for payments will likely lie in its implementation. For example, if I’m chatting with a friend who reminds me during our conversation that I owe them a certain sum of money and the app prompts me to pay that exact amount with a single tap, I’d probably use that over a separate banking tool.

This might not apply to paying for purchases at stores, where services like PayTM – which lets you pay by simply scanning a QR code – make more sense than adding a contact to WhatsApp before paying.