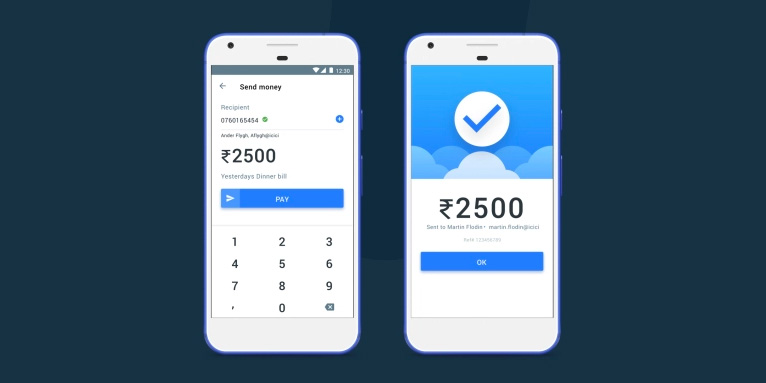 Although Truecaller has made a mark as a top-notch caller ID app, it’s now looking to expand well beyond the service of helping users avoid spam.

At a press event in India today, the Swedish firm announced that it’s adding support for peer-to-peer payments so users in the country can send and receive money directly through the app. The feature is supported by ICICI Bank, which relies on the government-regulated Unified Payments Interface (UPI) system to allow secure instant money transfers.

Truecaller Pay will work with accounts from any bank that’s participating in the UPI program, and you’ll be able to register a new UPI ID straight from the app. Once you’ve got that sorted, you’ll be able to send money to anyone by just entering their mobile number or UPI ID.

While there are standalone apps to facilitate payments in India, the inclusion of this feature in Truecaller’s app could reduce friction for the 150 million users in the country who already rely on it to identify and filter out bogus calls and messages.

It’s also integrating support for Google Duo, which is the search giant’s FaceTime-style video calling app. After the feature rolls out in the coming months, you’ll be able to initiate a Duo call from Truecaller’s app; users will be able to opt in so as to allow others to contact them through Duo.

That’s a boon for Google’s new project; since it launched last September, it hasn’t gained much traction. That likely has a lot to do with the fact that Google has way too many communication apps that aren’t great at talking to each other.

However, the integration with Truecaller – as well as the recent addition of support for voice calls, which is now available globally – might encourage more folks to give it a try.

With that, Truecaller is set to become a lot more useful to people in India where it’s concentrating its efforts. The company told TechCrunch it’ll keep an eye on how these features are received before it rolls them out in other markets with major potential, such as Kenya and Nigeria.

Read next: The best feature in Apple's iOS 10.3 is one you won't even notice