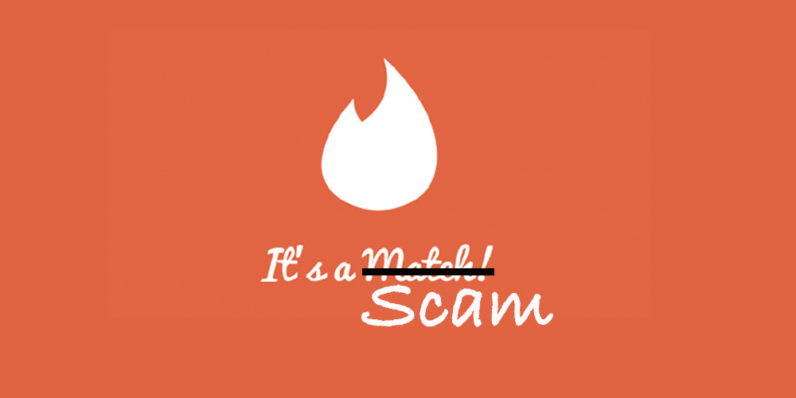 Not everyone you spot on Tinder is who they pretend to be – and some of them might be looking for more than a casual hookup.

Two cunning scammers have purportedly swindled heaps of unsuspecting victims out of “millions of baht” in a cheeky Tinder deceit, the Bangkok Post reports. Local authorities told the publication the scheming took place in the period between 2014 and 2016, claiming at least 30 victims in the process.

The criminals apparently masqueraded as Thai Airways flight attendants to fool needy men into wiring them funds. Unlike the usual ‘quick cash’ swindle, the scammers took their time, building up a relationship with their victims before asking for favors.

One of the deceived individuals told police he regularly chatted and kept in touch with the ‘air hostess,’ but all of their communication took place online. Anytime he would ask her to meet up in person, she claimed she was busy with flight duties overseas.

One day, she reached out to the man asking him for a small loan, claiming she had lost her credit card while abroad. The victim proceeded to transfer her 15,000 baht (approximately $435), but unfortunately things between the two of them never quite picked up – until she eventually stopped responding altogether.

This ultimately led the man to share the story with his friends, who advised him to contact local authorities.

What is particularly concerning is how the scammers have managed to stay under the radar.

One of the stewardesses, whose photos the conmen used, said she has been charged with fraud despite having no involvement in the scheme whatsoever. The woman further added the criminal action has stained her reputation and put her career at risk as she is currently facing disciplinary punishment.

Police have narrowed down their investigation to two men, but is still searching the outskirts of Bangkok for the culprits. According to the report, the scammers used photos of at least three different flight attendants to pull off their deceitful initiatives.

Read next: Google Home to hit the UK next month