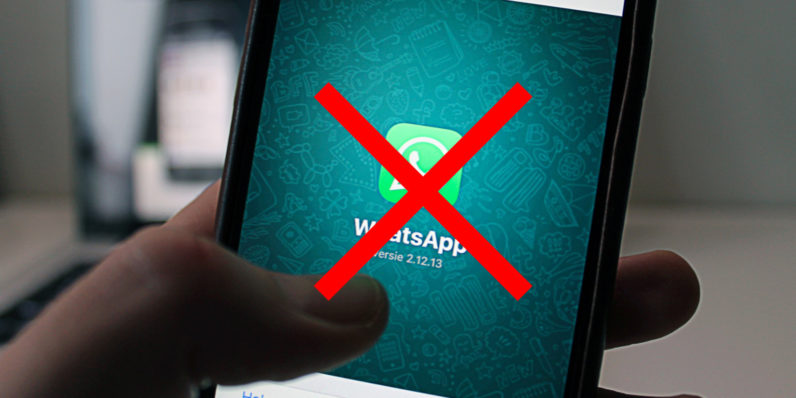 WhatsApp has apparently stacked thousands of what appears to be fake five-star reviews on the Google Play Store over the last few weeks.

While the popular messenger currently boasts an average rating of 4.4 stars based on approximately 54 million reviews it has received on the Google Play Store since its initial launch, things haven’t been going so smoothly the past few months.

According to a recent Telegra.ph post, the Facebook-owned app has received a litany of unfavorable reviews over the last few months, dropping its average rating in the timeframe between January 22 and March 21 to a measly 3.4 – almost one point lower than its all-time median.

The publication speculates the sudden dissatisfaction with WhatsApp could be the outcome of its continuous Snapchat cloning efforts as well as recent accusations of potentially dangerous security flaws, neither of which has been received warmly.

But here’s the thing: While there’s nothing suspicious about the streak of negative reviews given recent developments, the positive feedback that WhatsApp has been getting appears to be rather questionable, to say the least.

As the Telegra.ph post remarks, thousands of these five-star ratings reference the app’s “great gameplay” and “awesome graphics” – details that have nothing to do with WhatsApp’s interface and functionality.

As you can observe in the figures below, reviews containing the word ‘game’ seem to be overwhelmingly positive, having received almost exclusively five-star ratings. 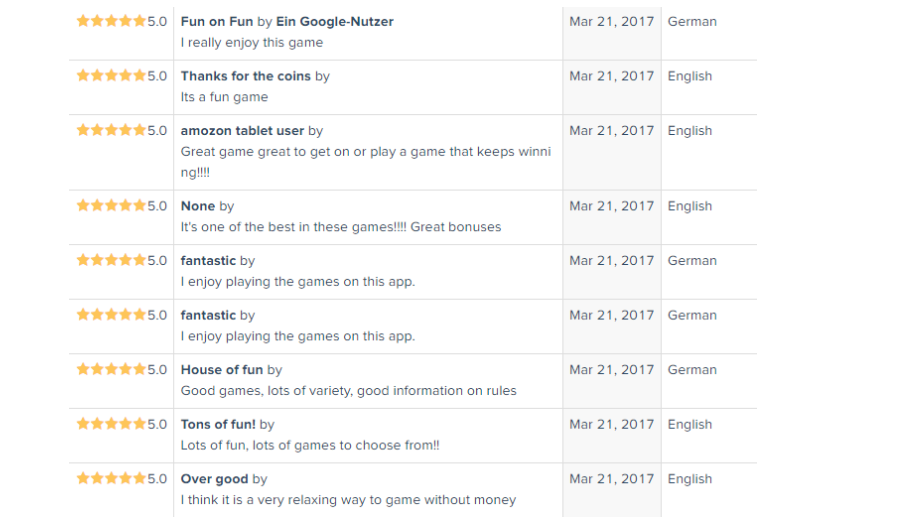 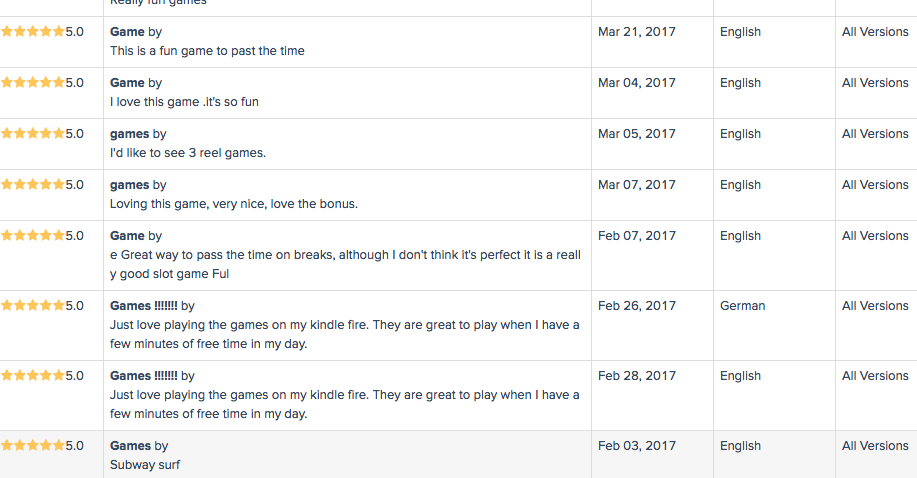 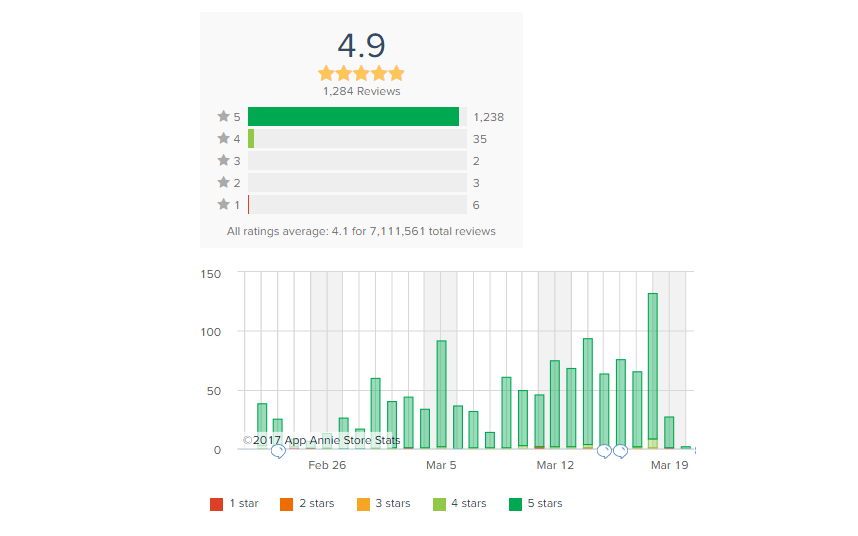 To give you more context, game-related reviews currently represent 2.7 percent of WhatsApp’s overall five-star ratings – which means the actual amount of fake positive reviews could be even higher.

Interestingly, the timing of the game-related positive reviews seem to coincide with the large increase of negative feedback WhatsApp faced over cloning Snapchat’s status feature.

To put this in perspective, the Facebook-owned app received less than 100 five-star ratings containing the word ‘game’ in the month of December 2016. By contrast, this number has since gone up to almost 2,000 for the period between February 1 and March 23, as per AppAnnie’s data.

As Telegra.ph further points out, WhatsApp seems to be the only app  “affected” by the suspicious game reviews. Searching other Top 10 Google Play apps like Uber, Spotify and Pandora for the word ‘game’ returns almost no results, which mostly appear to be authentic. The same goes for WhatsApp competitor Telegram.

For contrast, here’s a screenshot of some of the negative reviews WhatsApp has received in the last days of February (as obtained by TNW via AppAnnie):

What makes matters even fishier is that fake Play Store reviews are relatively expensive – approximately $1 per review, according to the publication. Taking into account WhatsApp has accumulated thousands of suspicious five-star ratings on Google Play, it is highly unlikely someone purchased a ton of fake reviews for the fun of it.

It’s also worth noting that the author of the Telegra.ph post has since disclosed that his blog is hosted on Telegram, which – as we already mentioned – is a well-known WhatsApp rival. Still, he claims he is in no way associated with Telegram.

All of the statistics referenced in the Telegra.ph post can be found on intelligence platform AppAnnie. We have since contacted AppAnnie, asking them to corroborate the data quoted by Telegra.ph is indeed authentic.

We’ve also reached out to WhatsApp for further comment and will update this piece accordingly if we hear back.

Update 14:20 PM ET: WhatsApp has since responded to our request for comment, denying any involvement in the suspicious five-star reviews. Here’s the statement they provided to TNW:

We’re focused on making our service better for our 1.2 billion users around the world. We don’t have time for fake reviews, and we’ve reached out to Google to look into the issue.

While it remains unclear who’s behind the allegedly fake ratings, AppAnnie told TNW the data provided is indeed authentic, but did not offer any input as to the legitimacy of the reviews:

App Annie’s Store Stats tool presents reviews publicly available on the app stores. These reviews are collated for easier reporting, making trends easier to see in one view; the interpretations of these trends are subjective so we cannot comment on this particular editorial hypothesis.

Read next: Choose your price for a massive collection of coding education