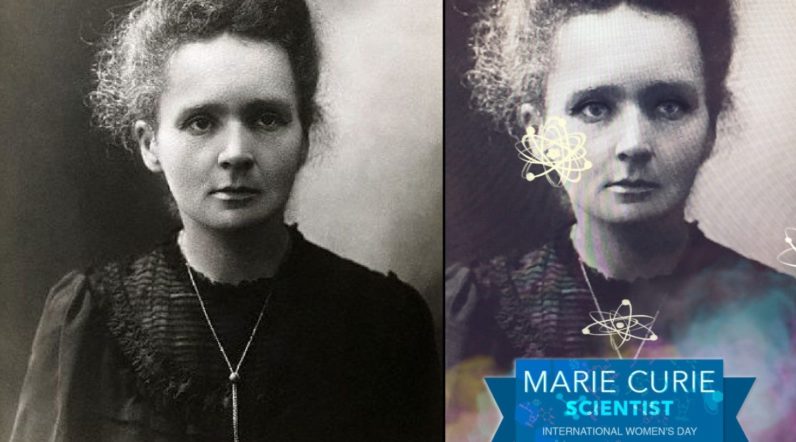 Snapchat’s attempt to make users look like a brilliant woman fell flat thanks to fake eyelashes.

As part of International Women’s Day, apps everywhere are celebrating the contributions women have made to the world. Facebook is hosting a 24-hour livestream with female leaders; Google has a Doodle highlighting famous women; and Tinder is giving $100 to women’s charities to those who tweet with the hashtag #FundHerCause.

The glorified selfie app’s idea of a tribute seems lovely, at first. New filters give you similar features to those of Frida Kahlo, Rosa Parks, and Marie Curie. But things didn’t go quite as planned with Curie’s filter.

In addition to a foreground of beakers and chemical fumes, the filter gives users thick mascara and smoky eyeshadow. Most of the Nobel Prize winner’s portraits show her with slightly frizzy hair and deep-set eyes, and not exactly wearing what one would consider modern makeup.

The other two filters use familiar features to the women in question: Frida Kahlo’s unibrow, Rosa Parks’ flowered hat and glasses. It isn’t even necessarily the addition of makeup people are objecting to: Kahlo’s filter adds thick red lips, but this is in keeping with her self-portrait. Both of the other filters smooth the complexion slightly, because Snapchat filters have to make users look good.

No matter your opinion of International Women’s Day, most would agree that this could have been handled better.