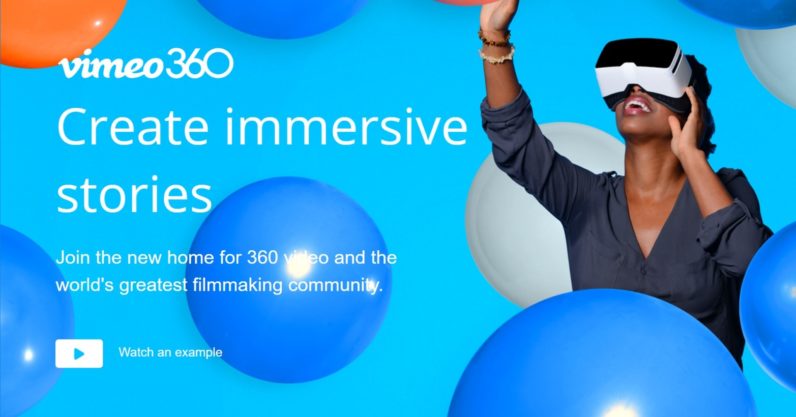 Vimeo is now rolling out support for 360-degree video. Given YouTube and Facebook, and even Twitter have done so for a while now, it’s about time Vimeo caught up.

Videos can be watched on the web, as well as the Vimeo app on your smartphone, Samsung GearVR, Zeiss VR One, and Google Daydream. Oculus Rift and HTC Vive support are on the way.

As with other video platforms, you can move your phone around to look through the 360 video, or click and drag your mouse on a computer, but Vimeo adds a nice touch in allowing you to simply look around with your keyboard as well.

It allows uploads up to 8K, so you should have plenty of resolution to work with, and a stereoscopic (3D) option allows for a full-fledged VR experience. You can also save the videos on your mobile device should you rather not deal with buffering or quality drops.

Though it’s late to the 360 party, Vimeo is different from competitors in that it’s focus has long been on filmmakers and videographers over viral content, and it tends to provide some of the best video quality on the web. To that end, Vimeo is also introducing a 360 Video School to guide content makers through best practices and creative ideas, while a new curated 360 channel has some awesome content if you need inspiration (or just want to watch some trippy immersive video).

For more on 360 video on Vimeo, check out the company’s blog post at the source link below.

Read next: Facebook launches its first real VR app for 360 photos and videos