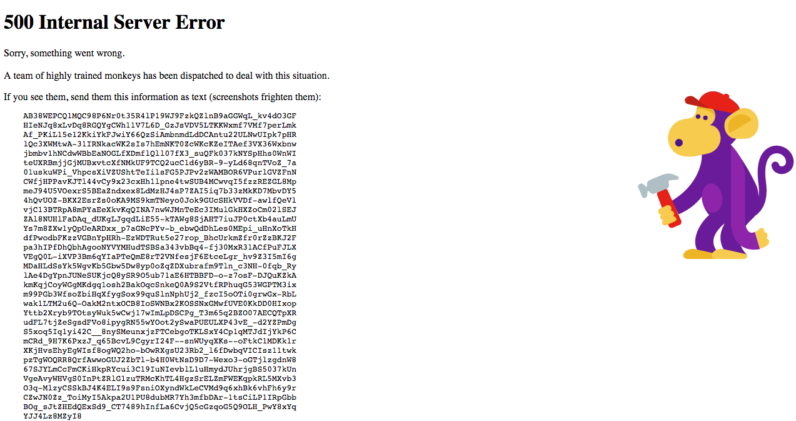 It’s not just you: YouTube is down for many users.

The outage appears to be mostly affecting European users. YouTube is working fine for TNW writers stateside (though we’ve seen some intermittent outage), but multiple European staff  members are getting a ‘500 Internal Server Error’ message.

YouTube is having issues… it’s not just you! #youtubedown pic.twitter.com/XnFTGjrlUx

Downdetector shows that YouTube has been having intermittent issues since 9:47 AM ET – again, concentrated around Europe – with reports spiking recently.

We’re contacting YouTube for more information, and will update this post if we hear back. In the meantime, you’ll have to go elsewhere for your cat videos and cheesy AMVs.

Read next: Urban Outfitters hawks the AOL shirt no one asked for