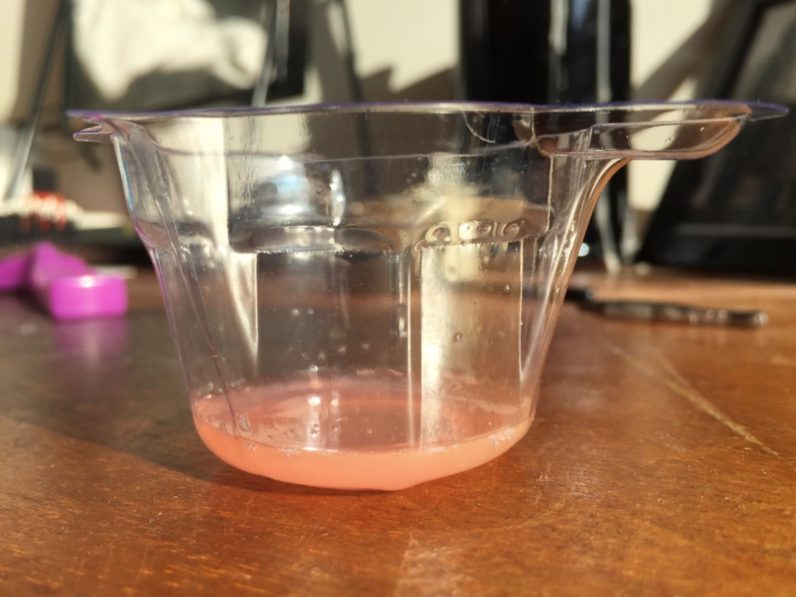 One day in 1677, Dutch businessman and scientist Anthonie van Leeuwenhoek made love to his wife, scooped a sample of his semen from out of her, and placed it in one of his self-made microscopes.

He was the first man on Earth to see wriggling sperm cells, describing them as “animalcules … moving like a snake or an eel swimming in water.”

Van Leeuwenhoek is famous for developing a painstaking and closely guarded secret process for producing the spherical glass lenses he used in his microscopes, a feat that earned him a place in the British Royal Society – even though he never learned English or set foot in London.

240 years later, I’m sitting at my dining room table with a sample of my own sperm and a smartphone-powered device that promises to make a video of my “animalcules” to analyze my so-called Motile Sperm Concentration (MSC) – basically the amount of actively moving spermatozoa.

I told my co-workers I’d be working from home, without specifying the reason, because experience tells me it’s a bad idea to announce you’re staying home for masturbatory reasons.

Peculiar fact interlude: the device is called YO? I asked Marcia Deutsch, CEO of the company that produces YO, why. She replied that “‘YO’ is the Japanese version of ‘Yang,’ a term associated with the male essence.” And then added, “’YO’ is also a greeting commonly used by men; it’s cool, which is also appealing. For added bonus, “YO” is short and memorable.” Right.

The device fits around different types of smartphones, and is paired to an app that guides teste(e)s through the process. Step one: collect sperm. No need to go into detail there, imo.

According to Gizmodo’s account of van Leeuwenhoeks discovery, he “collects his sample from his wife, places some on a pin on the microscope, and lifts the device toward the sun ‘before six beats of the pulse [have] passed.’”

None of that cool stuff applied to my own sperm inspection. After collecting a teaspoon of life juice in a plastic cup, I was instructed to mix it with a pink powder that made it more fluid (and pink), wait 10 minutes and then use the provided pipet to place it on a slide.

The slide goes into the device, where it uses the smartphone light and camera to achieve a 400x magnification – more or less the same magnification van Leeuwenhoek managed to reach with his primitive microscope.

Turns out, my sperm is Moderate/Normal. Honestly, with all the smoking and drinking I’ve done, I’m surprised I’ve got a pulse, let alone a sperm count. Plus, I got a cool video to show for it. Look at that seed go! I might not be the first man ever to see semen, but it sure feels cool to watch my little guys wriggle purposefully about.

But what if it wasn’t wriggling about and I wasn’t Moderate/Normal? To be honest, I don’t know if I would have the balls (ha) to write this article in that case. Does that make me a worthless journalist? Probably, but male fertility is still a pretty big taboo, and that’s one of the premises that YO was built on.

Deutsch: “Going to an MD for a complete analysis is scary. A man’s fertility is a very sensitive issue; YO, the preliminary test for male fertility, is much less threatening than going to a doctor. YO is, to put it simply, a private product for a private issue.” Unless you’re me, obviously. No privacy here.

But as the instruction booklet also mentions, YO “does not provide a comprehensive evaluation of a male’s fertility status,” it just gives an indication of a few parameters that influence male fertility – with an accuracy of up to 97 percent. For a full evaluation, you’d still need to see your doctor.

For men looking for a small private reassurance that their sperm is moving, YO works fine. At $49.95 for the device and two testing slides it’s not too much of a price to pay.

It might not earn you a place in the Royal Society, but it does get you a cool video of the sperm your body produces by the millions every day, which is worth at least $50.

YO is available from the 28th of February but you can pre-order here now.