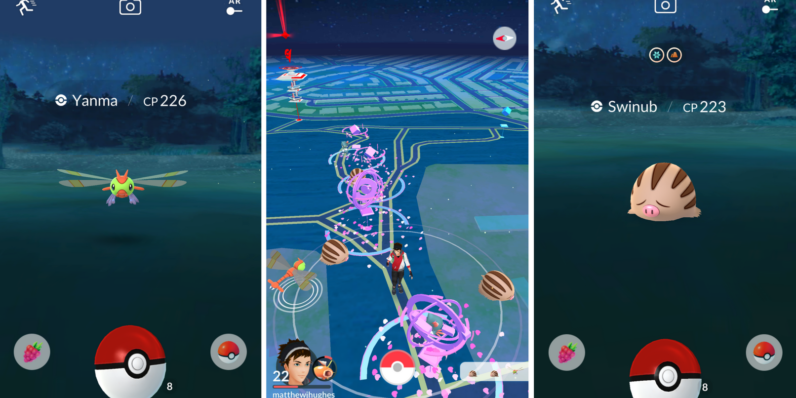 The summer of 2016 was the summer of Pokémon Go. Everywhere you went, you could see people playing the popular augmented-reality mobile game. But our love affair with it was short-lived. By the time Winter came along, millions of players had deleted the app from their phones.

It isn’t hard to see why. Any game that demands you leave the comfort of your home will struggle in cold and wet weather. There was also the problem that Pokémon Go’s gameplay had become repetitive. It’s hard to work up the enthusiasm to go out in the rain if all you’d catch are Rattatas and Pidgeys, with the occasional Spearow thrown in for good measure.

But it’s clear Niantic is trying to fix this. In recent months, it’s made several tweaks to the game that make it worth revisiting. Some of these are relatively small. The game now runs faster, consumes less battery, and many of the awkward glitches have been ironed out. Others are more grandiose, such as the decision by Niantic to introduce Pokémon from the Johto region.

The cumulative effect of these changes is that Pokémon Go now feels like a brand-new game that’s vastly different to the one that commandeered our attention spans in June of last year. For the millions that deleted the app in the final months of 2016, it’s probably time to download it again.

Please don’t get me wrong. The mechanics of the game are fundamentally the same. You adopt the role of a Pokémon trainer with a mission to “catch ‘em all”. You do that by walking, throwing balls, hatching eggs, and loading up supplies at Pokéstops. Nothing here has changed.

But the finer details of the game are different, with the end-result being that Pokémon Go is now a significantly more entertaining experience.

Now, when you try to catch a Pokémon, it’ll try to avoid your deluge of balls by strafing and jumping, and by moving to the corners of the screen. If you want to add it to your Pokédex, you’re going to have to work for it.

To make capture easier, you can use a special berry, which can be obtained from any pokéstop. Feeding your target a nanab berry will make it more docile. If you want to double the candy you’d get from your target, thereby making it easier to evolve it later, you can feed it a pinap berry.

In general, this aspect of the game feels more fleshed-out than when we first encountered Pokémon Go last year.

The same sense of exploration and adventure you felt when you first played it is back, too. When Pokémon Go initially came out, you could (in theory) capture the first 151 Pokémon. But in practice, this wasn’t the case for most people. You would inevitably see the same creatures again-and-again.

But now, there’s an additional 100 creatures to find and capture, all introduced from the Johto region. Niantic has also overhauled the spawning algorithm, and as a result, once-rare Pokémon are more attainable. The end-result of this is that Pokémon Go feels less repetitive. Less like an exercise in drudgery.

Dare I say, it feels fun?

And then there’s the fact that the game is vastly more polished. It crashes less often. The game loads more quickly, at least on Android. Pokéstops in general feel more consistent. I haven’t seen the much-maligned “Please try again later” error in a long time.

I genuinely think we’re seeing a Pokémon Go revival. Anecdotally, I’ve noticed more signs of people playing the game. When I visit my local pokestop to load up on balls and potions, there’s more often than not a lure deployed, and if I head to the park, everyone’s heads is buried deep into their phones.

With further changes planned – with the addition of trading and player-versus-player battling – I don’t think we’ve seen the peak, nor indeed the end, of Pokémon Go.

Read next: Uber under fire over claims of rampant sexism [Updated]