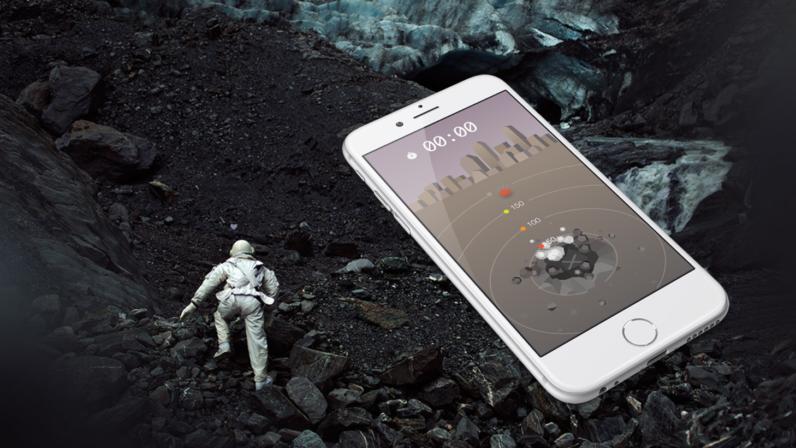 The final frontier has never been closer for the average earthling as technology brings us closer to space with every passing year. We can see robot selfies from Mars, float around in space through VR and space tourism seems to be just around the corner.

But why settle for that when you can get a ride to space for free? A Finnish space industry company recently announced its plans to give one lucky user of an upcoming mobile game the chance to experience space — by actually sending him there.

Cohu Experience Ltd is launching a freemium smartphone app next fall that allows its users to participate in actual astronaut training. The Space Nation Astronaut Training Program (SNAP) will give its users the experience of being an astronaut through a rigorous training program, imitating real world preparation of astronauts.

Unfortunately for couch potatoes, a vast knowledge of sci-fi series and a forum-based knowledge of space travel will not be enough to get you into space. You will actually have to get off your butt and start working out. The app will provide multiple challenges that are designed to test mental and social skills as well as the real-world physical strength of the user.

The top 100 highest-ranking app users will be eligible for a special all-around training session with a real NASA astronaut trainer in early 2018. The 12 best will be able to participate in interactive filmed series which mobile-app players can join through the game. The winner of the interactive series will then travel to space for free.

The project opened for crowdfunding this month and has already raised almost 3 million euros, with the 1 million mark being reached within the first 43 minutes.