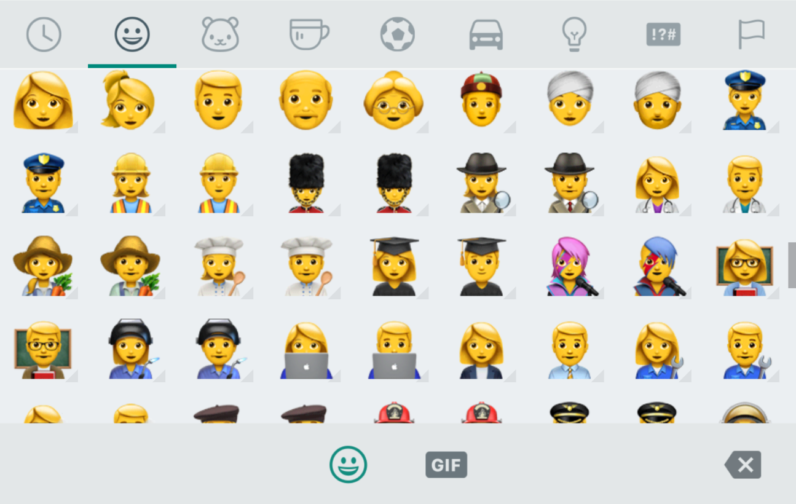 One can never have enough emoji, right?

The latest WhatsApp beta build on Android makes sure you’re up to date on all the latest tiny glyphs, mainly those introduced with Unicode 9 and Android 7.1 (as well as iOS 10.2). These include choice emoji like a clown, bacon, a shrug, the David Bowie lookalikes, and many more.

You don’t need to be running Android 7.1 to try the emoji; WhatsApp is just making sure you can all partake in the same pictorial conversations. As usual, these are in the iOS glossy style, rather than the flat blobs used by Android. (On a related note, I vastly prefer Android emoji to iOS – why doesn’t WhatsApp give you a choice?)

To reiterate, this is only available on the beta for now, but it’s only a matter of time until it reaches wider availability. If you can’t wait to get your emoji game on though, you can join the beta by tapping on the “Become a beta tester” section on its Play Store listing, or just following this link.

WhatsApp adds plenty of new emojis from Android 7.1 including professions and gender equality. on Android Police