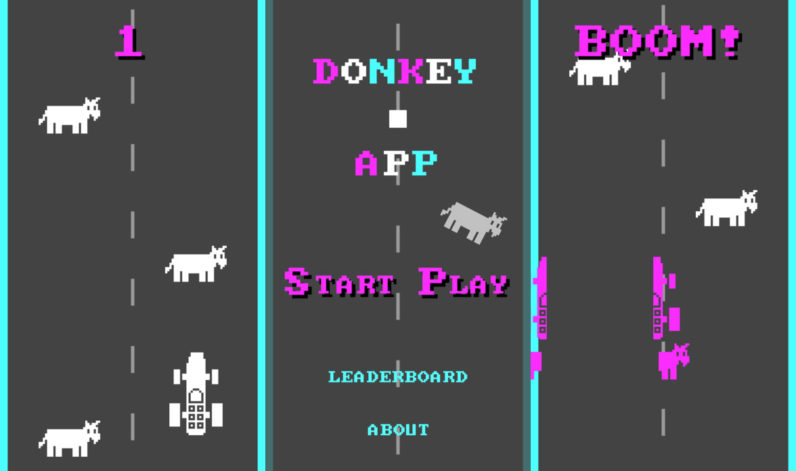 It should go without saying that donkeys are, without a doubt, the biggest threat to anyone behind the wheel. Or, at least they are in a 1981 DOS game — created by Bill Gates and Neil Konzen — to demonstrate the power of the IBM PC and the BASIC programming language.

Donkey, often referred to as its filename ‘DONKEY.BAS’, is a mostly forgotten computer game that sees the player strapped into a car racing down a pixelated highway littered with donkeys. The goal is simple: don’t hit one.

Simple in nature, the game’s frustratingly difficult to play. A timing game — like a harder version of Frogger — Donkey requires pinpoint precision to avoid hitting pixelated albino donkeys head-on, or from the side while attempting to merge. I only managed a paltry top score of 11; I’m sure you can do better.

About two weeks ago, the game — largely unchanged — hit the iPhone app store. You can grab it for a dollar if you’re a glutton for punishment.

Read next: Siri might be the only friend you need this Super Bowl Sunday