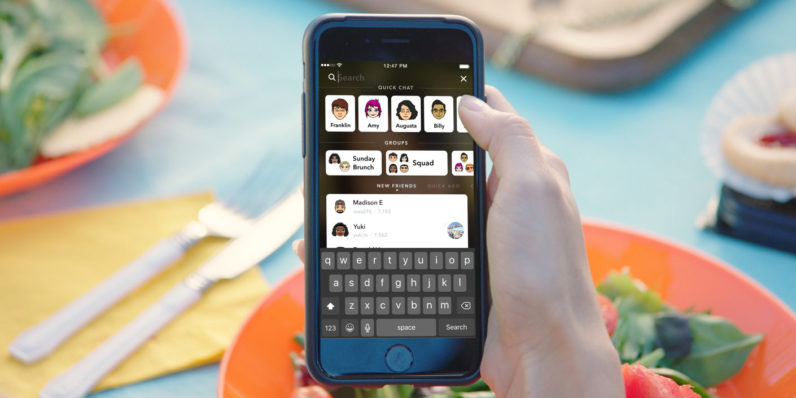 Snapchat just addressed one of its most pressing problems: gaining a following. Launching today for some Android users and for iOS (and the rest of the Android crowd) shortly after, Snapchat’s universal search finally gives you a way to find new followers — or help them find you.

While undoubtedly fun, the service continually met with criticism over the difficulty of gaining new followers. Snapchat users basically had to gain followers by sharing their username (or Snapcode) outside the service, hoping for influencer mentions, or adding everyone under the sun and hoping they reciprocated. None of these created a clear path for influencers from other platforms to dive in head-first to Snapchat.

The update adds in an all new search bar at the top of the screen, that makes finding friends, Discover publishers and Our Stories easier and more accessible throughout the app.

After the acquisition of mobile search startup Vurb last year, many assumed it would somehow get rolled into Snapchat in the near future. Once it shut itself down recently, the implication seemed clear that Snapchat had swallowed the company.

Reportedly heading for a 2017 IPO, the improvements should lead to increased revenue opportunities and perhaps an influx of new users that found Snapchat’s discovery engine a bit confusing.