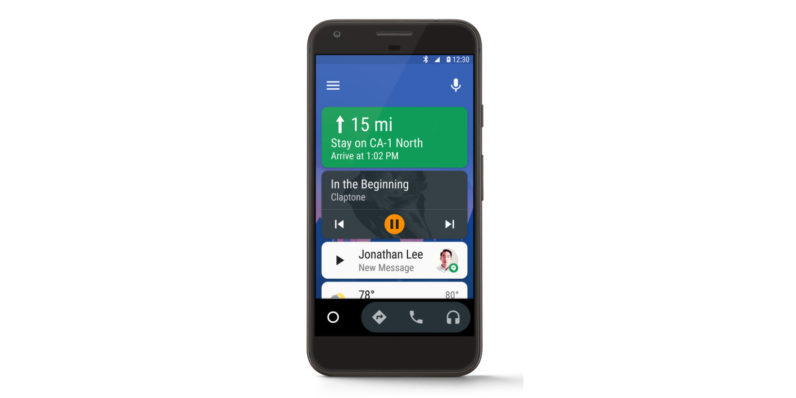 Two years ago, Google’s idea for Android Auto was pretty cool: Allow people to connect their phones to their car infotainment systems so they could get directions, answer calls and control music playback without having to reach for their handsets.

And while Android Auto supports about 200 models, there’s certainly a chance that your ride isn’t one of them. Thankfully, the next version will allow you to use it on your phone. All you need is an Android device running version 5.0 or newer of the OS.

Version 2.0 of Android Auto will bring its oversized interface (which is easier to use while on the road) to your mobile device. It’ll also automatically start up when your phone is paired via Bluetooth with supported car mounts; Logitech is making one that go on sale soon in Google’s online store.

The app will also let you control music, maps and messaging apps with ‘OK Google’ voice commands so you don’t have to take your hands off the wheel to use them.

Google noted that the update will arrive in the next few days in the 30+ countries where Android Auto is offered; you can sign up with your email here to be notified when it’s available.

Read next: Tesla will charge new customers for access to its roadside Superchargers